jr@mac
November 2019 in Hard Data
So, pulled the trigger on a pair of these in an attempt to find something that is easier to play with in the Maggies. Maggies currently use the 3.5" MCM KB full range, and while it is true it is a very low distortion driver it is problematic in the midrange. Not sure it is overly audible, but it bothers me so that counts for something. The Dayton PS95 (I think that is the model, the little FR with the copper colored plug) exhibits almost identical linear distortion, incidentally.

Anyways, these showed up in an Aliexpress search: 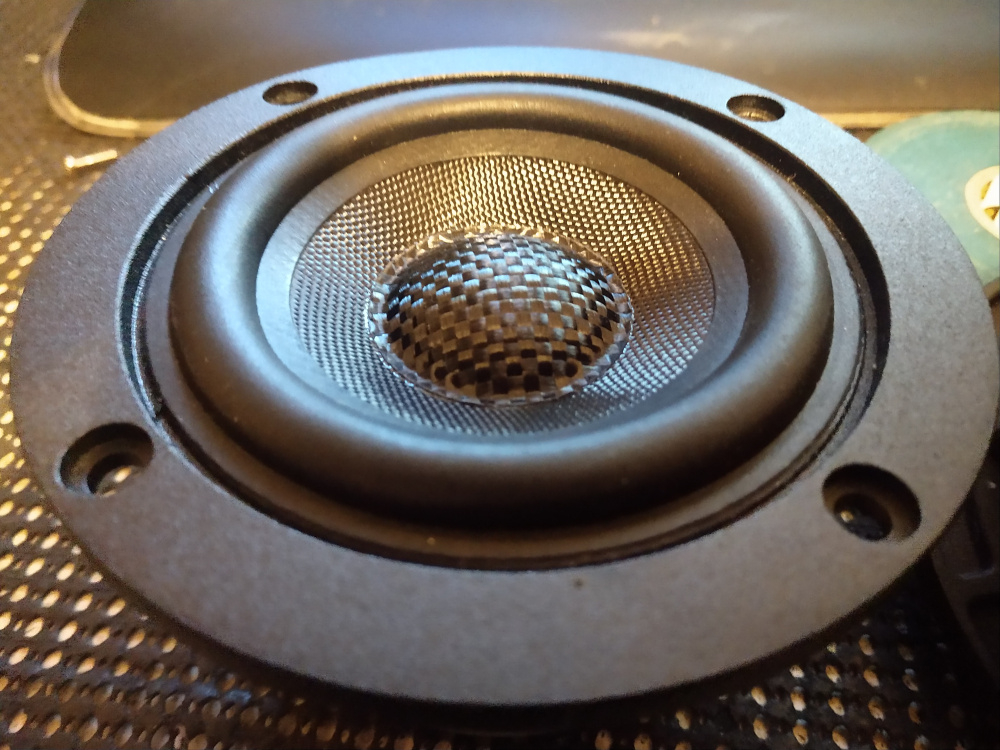 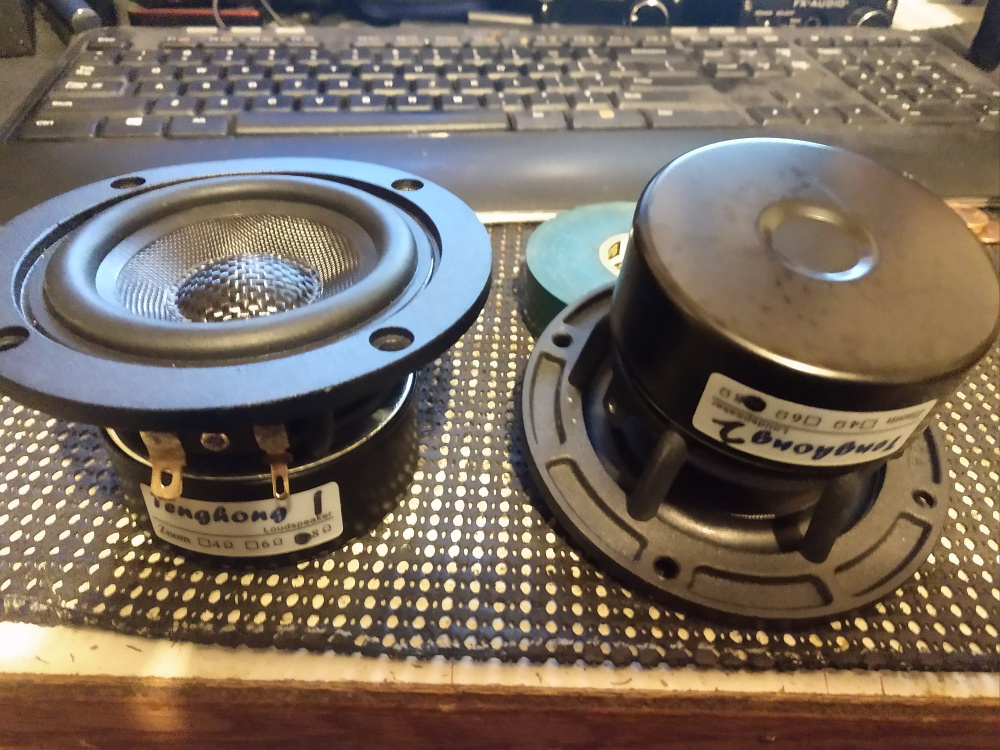 So they use a cute little six spoke frame with no venting to speak of. They have some pretty good mechanical throw, but I have no idea what Xmax is. Otherwise, a very nice looking driver. The mismatch in weave between dust cap and cone is somewhat irritating, but oh well.

Truth be told, I was expecting garbage - the impedance sweep indicates some level of QC at whatever anonymous factory these are produced in, however.

Looks like a significant break up above ~6K, and maybe some errata around 2.4K and a hint of a wrinkle at 1.3K, tho those latter two are likely not of much magnitude - time will tell.

Visually, these are appealing - and one nice detail I noticed was the dustcaps are oriented the same between both drivers. Woven fabric cones like these have an obvious pattern and throw the light a specific way. The two drivers have almost identical orientation on the dust caps. That just makes me happy.

On the downside, I was hoping for a sensitivity boost over the MCM, but that ain't happening, yo.
I have a signature.