I’m considering adding a circuit to address a slight upward tilt of a tweeter by using a varying resistor (1/2 Lpad set-up) across a small inductor (as sometimes used with full range drivers) in the HP filter section of a two-way (the yellow section in the attached pic.).

I understand Lpads have more generally been used to adjust the (entire) level of the tweeter in relation to the mid (or woofer) i.e. JBLs.  However (even while keeping the load consistent) adjusting upward or downward the tweeter level in this fashion upsets the HP filter relationship to the LP filter (moving the whole tweeter curve up or down, creating a void or hump across this crossover range).

In comparison, implementing a varying resistor across an inductor can be designed to vary the tweeter’s tilt (from a targeted frequency point) with less or nominal impact on the HP / LP relationship.

My question is will this set-up, which places an inductor in ~series with a capacitor (C1 relative to L2, be problematic?  And/or does the inductor L1 in parallel (dropping between the cap and coil) relieve this issue? Or is this a non-issue?  I’d like to put this into passive crossover designer to confirm, but running 'parallels' on my older MAC wasn’t all that successful. 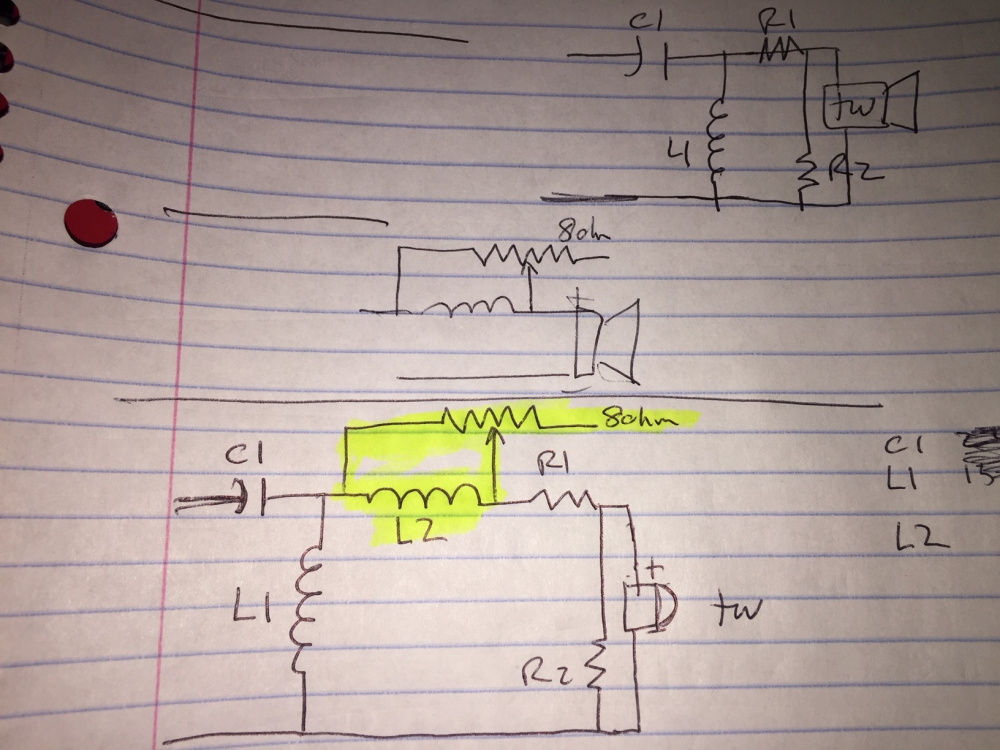