jr@mac
September 2018 in Hard Data
So here we have a $20, 12" woofer that I used in the original Le Singe Sarcophage. Without digging too deep into analyzing the driver, I will point out that several cost savings jump out upon immediate inspection. The frame is, I believe, even lighter than the Dayton Designer series uses - which actually puts it into about the lightest possible there is. Sharp edges around the knockouts, ringy-dingy here and there. Glue squeeze around the gasket, some around dust cap, possibly the shittiest terminals I have ever seen. On the other hand, the cone is very attractive with an oversized dust cap that no doubt contributes to the reasonably low Fs. The motor is obviously bread and butter, but as those who have heard the LSS will attest to, it is not at all a driver that cannot be made pleasant to listen to.

This sample is very new, exercised by hand for a few minutes, purchased to replace the punching bag that one of the original LSS appeared to become at some point. I recently received these speakers from the couple I gifted them to, and am going to give them to my pops to replace his 40 year old Fisher pieces of shit. Anyways:

Here is what it models in a heavily stuffed (and I mean heavily) sealed box similar to the LSS alignment (60L):

~3db ripple centered around 55-60Hz, with a ripple-independent F3/6/10 of 41/34/28. Not shitty at all, I remember loving using these as my mains for a while, the bass is really legit. Diggers. Only 3mm or so of Xmax, so will not exactly shatter your neighbors windows but that little boost on the bottom end really helps with fleshing things out. Pushing enclosure size to 90L (fucking big box we call that), F3/6/10 drops to... 36/30/25 with a Qtc of pretty close to 1.0. Ripple is reduced to low 50's at under 3db. That's pretty low, and means in a typical listening room, useful output will exist to at least 20Hz. Now way will I dedicate 3 cubic feet of my listening space, however. YMMV.

Little impedance sweep for ya: 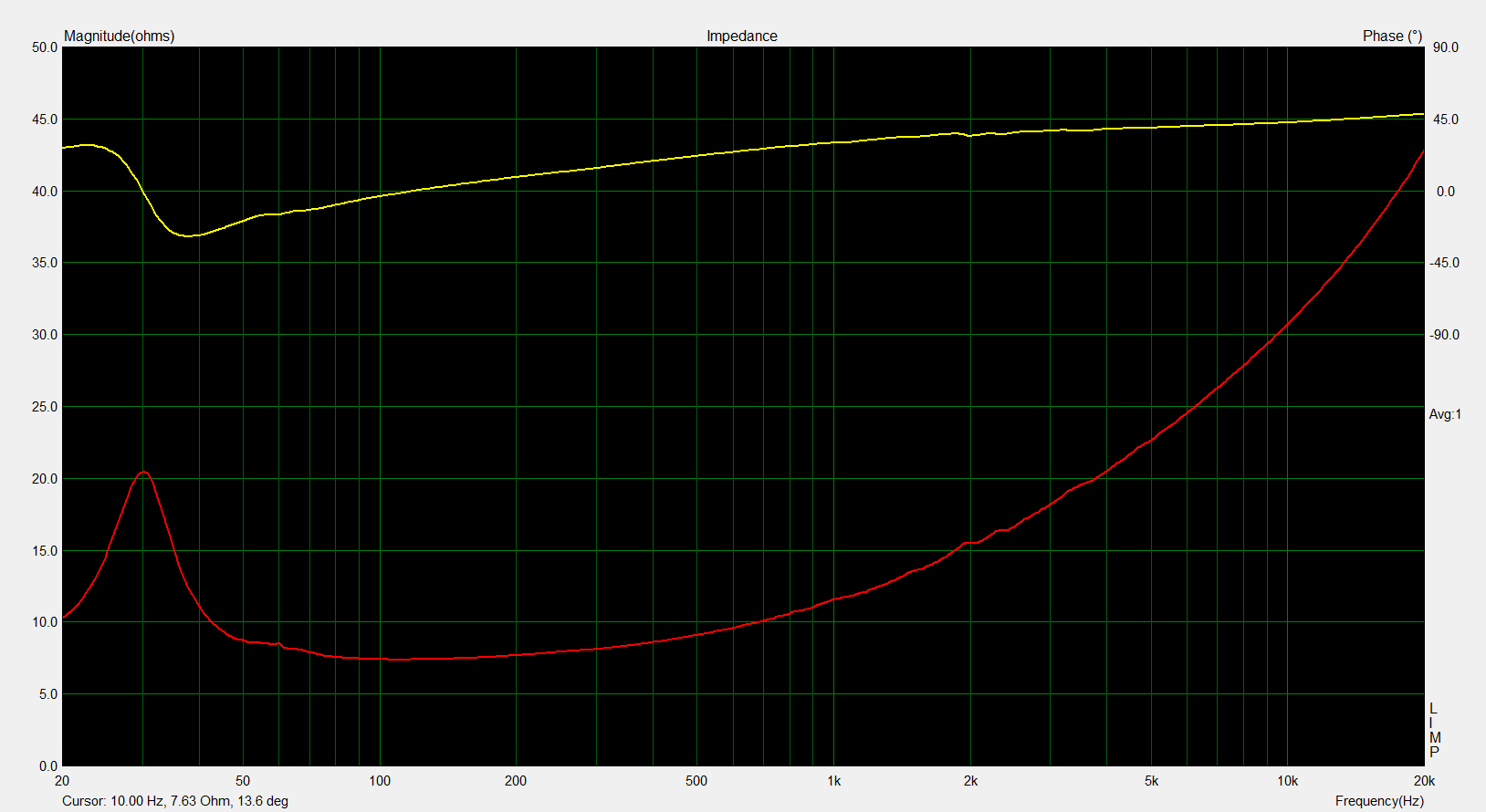 Whoooooooooooooooop goes the curve. Not something I would ever design a 2-way around.

This is the in-box I took, it is IIRC very close to the 1W/1M I used to take measurements at before it became too big of a pain in the ass. This is not something I would trace and use for design, but it lets you know the upper limit of the woofer: 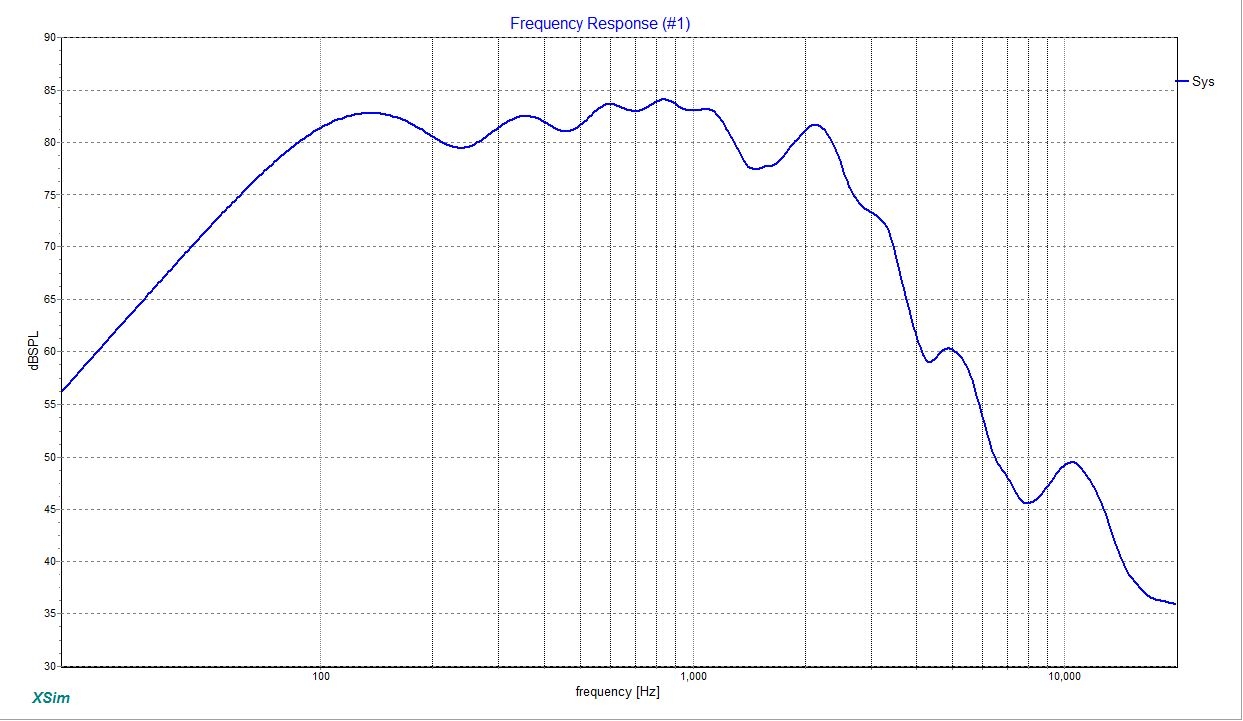