jr@mac
January 2019 in Hard Data
These are 8" woofers from the same family as the midwoofers found here: https://diy.midwestaudio.club/discussion/704/midwoofers-from-sony-mb-150h/p1

Similar construction and overall cosmetic appearance - but these have a truncated frame.

The small motor gave me some concern, but as can be seen in the measurements it wasn't well-founded concern. 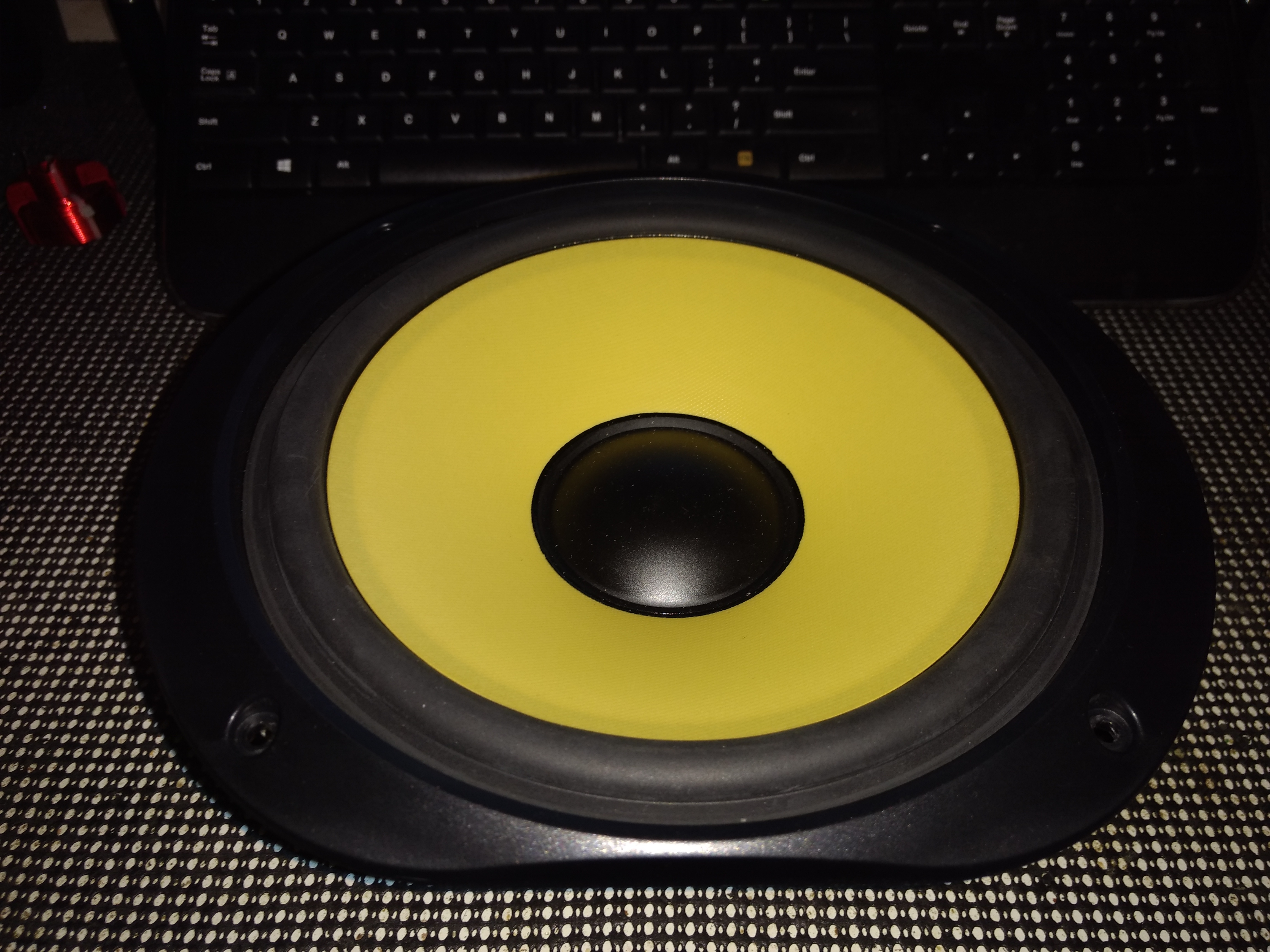 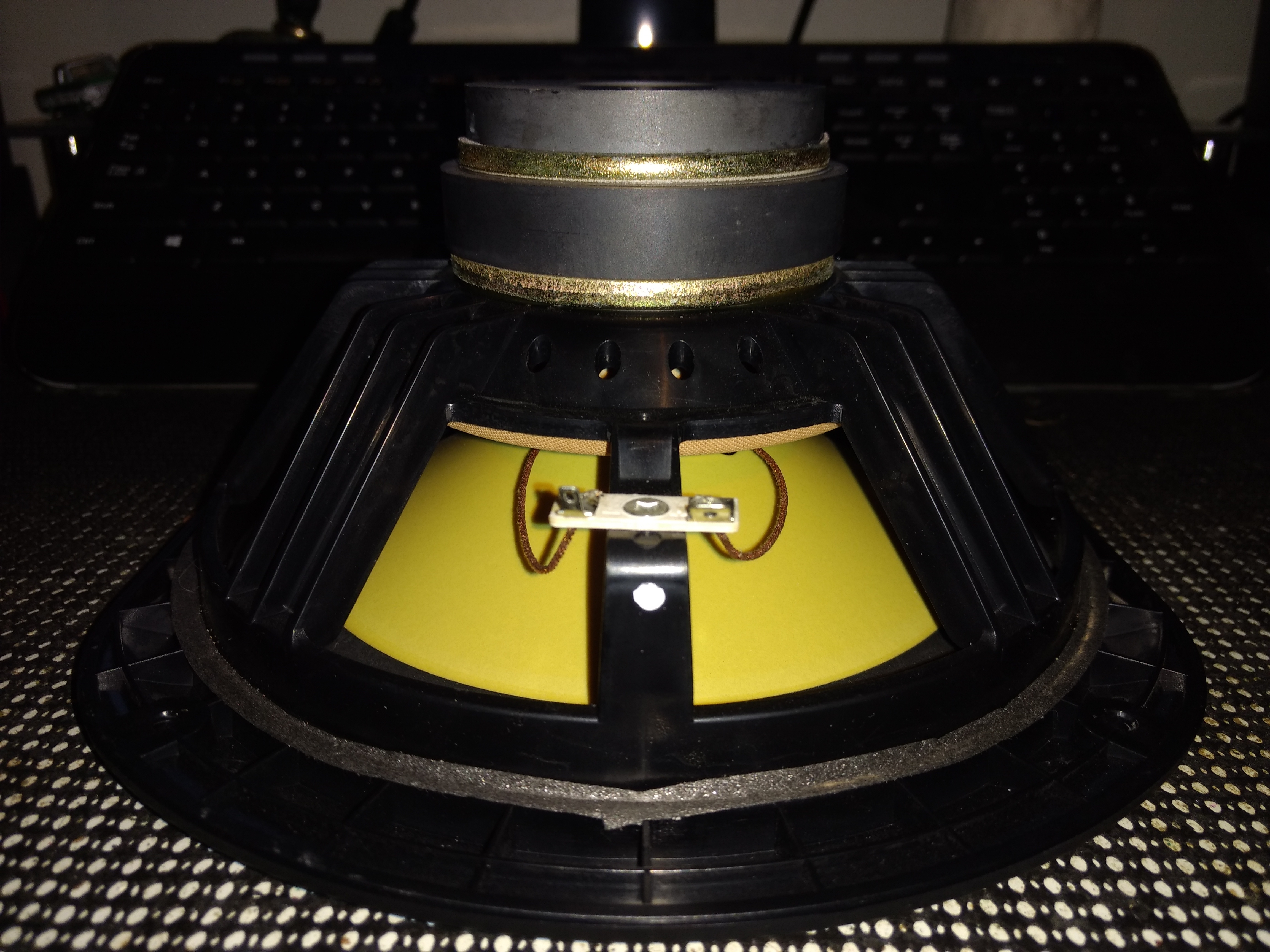 A plastic frame emulating some higher end cast frame drivers. These are very lightweight drivers, which means they are high on my list of drivers to use for a project to ship to InDIYana.

As can be seen by the Le numbers, probably limited to a 3-way. The wrinkles in the impedance would also seem to indicate a 3-way, as well:

On the other hand, the Ts parameters are a pleasant surprise. When I saw the small motor, I was anticipating a Qt in the 1+ range along with a much higher Fs. These are actually workable beyond building a fun little high Q boombox. The wrinkle at 900Hz is of concern, as there is probably a cliff in the response. In a typical 3-way, though, that is probably going to be worked into the low-pass slope etc. It looks like the cone breakup is in the 2800 range - so a 2-way is likely not easy regardless.

I recently decided to take advantage of my paid subscription to Office ($100/yr for access to MS Office and over a TB of cloud space) but that means WBCD no longer works. To my surprise, Unibox works just fine. So I will be using that going forward.

For modeling, I used 5mm of Xmax. Probably close to reality.

Here it is in a sealed, 30L enclosure. This models really well in a sealed enclosure, could even go smaller.

Now lets put a port in the same box:

That 2db peak is, in my experience, not at all offensive - although it remains to be seen if the extra few Hz of excursion is worth it. My guess is no, not in a typical environment.

So, again I am surprised at some of the drivers the lower echelon OEM guys are using. These exceeded my expectations considerably, and they were about $40 shipped via Ebay. I won an auction. They also showed up with the corresponding TM module, but those both look to be pretty much junk, so I may put them back on the Bay to recover a few bucks of my investment.

Given they weigh almost nothing, and building a good enclosure out of 1/2" plywood will also end up being fairly lightweight, I might be able to swing shipping a pair of standmount 8" 3-way to InDIYana.
I have a signature.