I'm building a 3 way around the 8" MCM woofers. It's kind of a complicated cabinet that I will document when the system is done. In the meantime, the front baffle is comprised of a picture frame made from a sandwich of 3/4" solid walnut, mahogany veneer, 1/4" maple, and another layer of mahogany veneer. Glued to that is the front baffle of 3/4" walnut. Yesterday I glued and clamped the baffle with all the driver cut outs to the picture frame layer which had already been glued to the box. Shortly after I got done I realized it was on upside down. I quickly unclamped everything and popped it loose with a hammer and turned it around. I'll try not to do that again. Today I cut some nearly 1 1/2" 45 degree bevels around the front baffle. That's when I discovered something you shouldn't do. Don't put biscuit joints near the edge of a front panel you want to bevel. 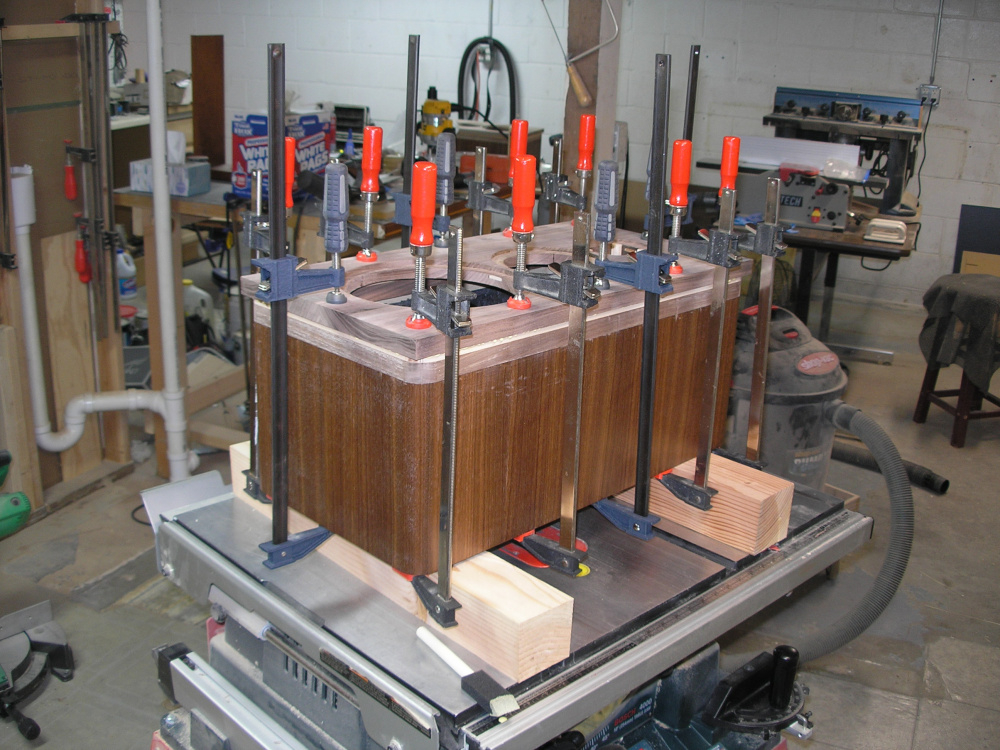 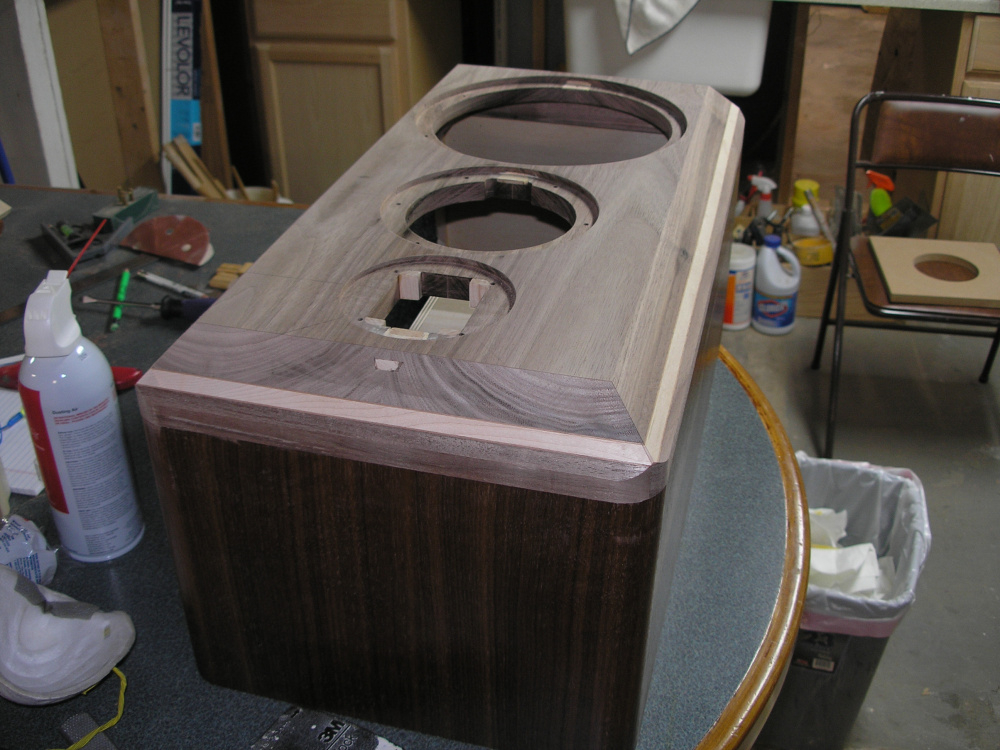 It's a pity that I exposed the biscuits because the end grain on the bevels and the birch mahogany sandwich would have been perfect. Looks like I'll be learning to do some inlay work.