My latest project has been building a blender pedal for an effects pedal I picked up. I've been wanting to add a little spice to my bass tone so I checked out a few pedals. The Geddy Lee YYZ pedal seemed the closest fit to what I was after. I found a used one and it initially sounded great, but once I tried it during an actual practice it was apparent it just didn't have the mid-range needed to cut through the mix. It has a very scooped sound and the only way to really get more mid is adding overdrive, which I didn't want. I was more after the lighter overtones, nice overdriven tubey goodness that it can provide. Back to the drawing board I installed it in the effects loop on a mixer which allows me to have my dry tone and then blend in the wet signal going through the YYZ. This sounded great! So the quest for a blender pedal ensued. Price became the biggest factor, most being upwards of $150😳, surely I can make this on the cheep. I found a nice DIY schematic and planed to just perfboard it together, but then I thought... maybe I'll try making a circuit board....I looked into it, have to have access to a Xerox printer, chemicals, trial and error, 🤦🏻‍♂️. Then I looked into having an actual circuit board made as I seen it during watching YouTube videos of the DIY methods. This looked kinda cool and really affordable. I downloaded some software called Kicad and watched a few tutorials on it. Few hours later I was hunting and pecking away to designing a PCB. It has a 3D view you can check out as you lay out the board. 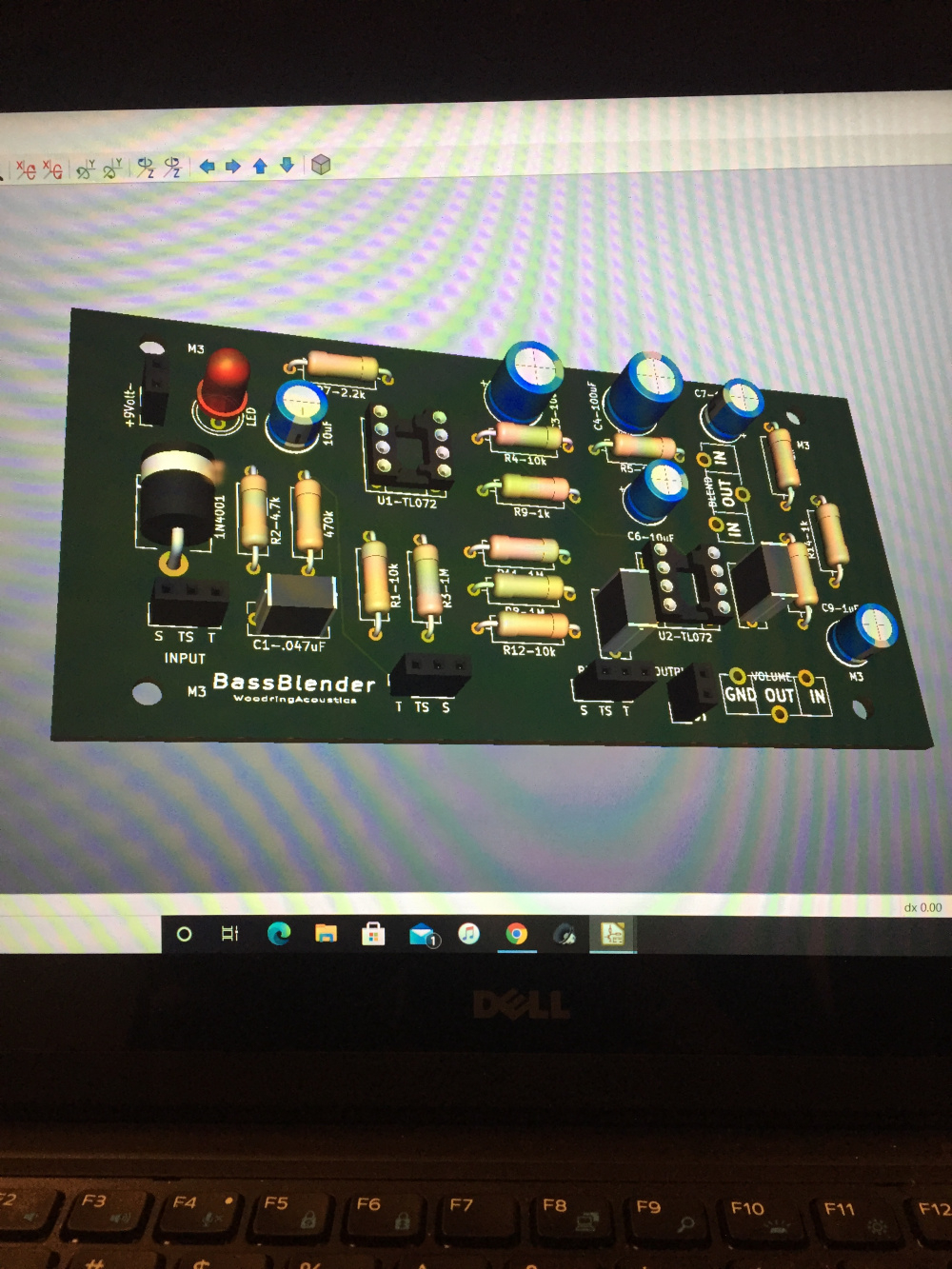 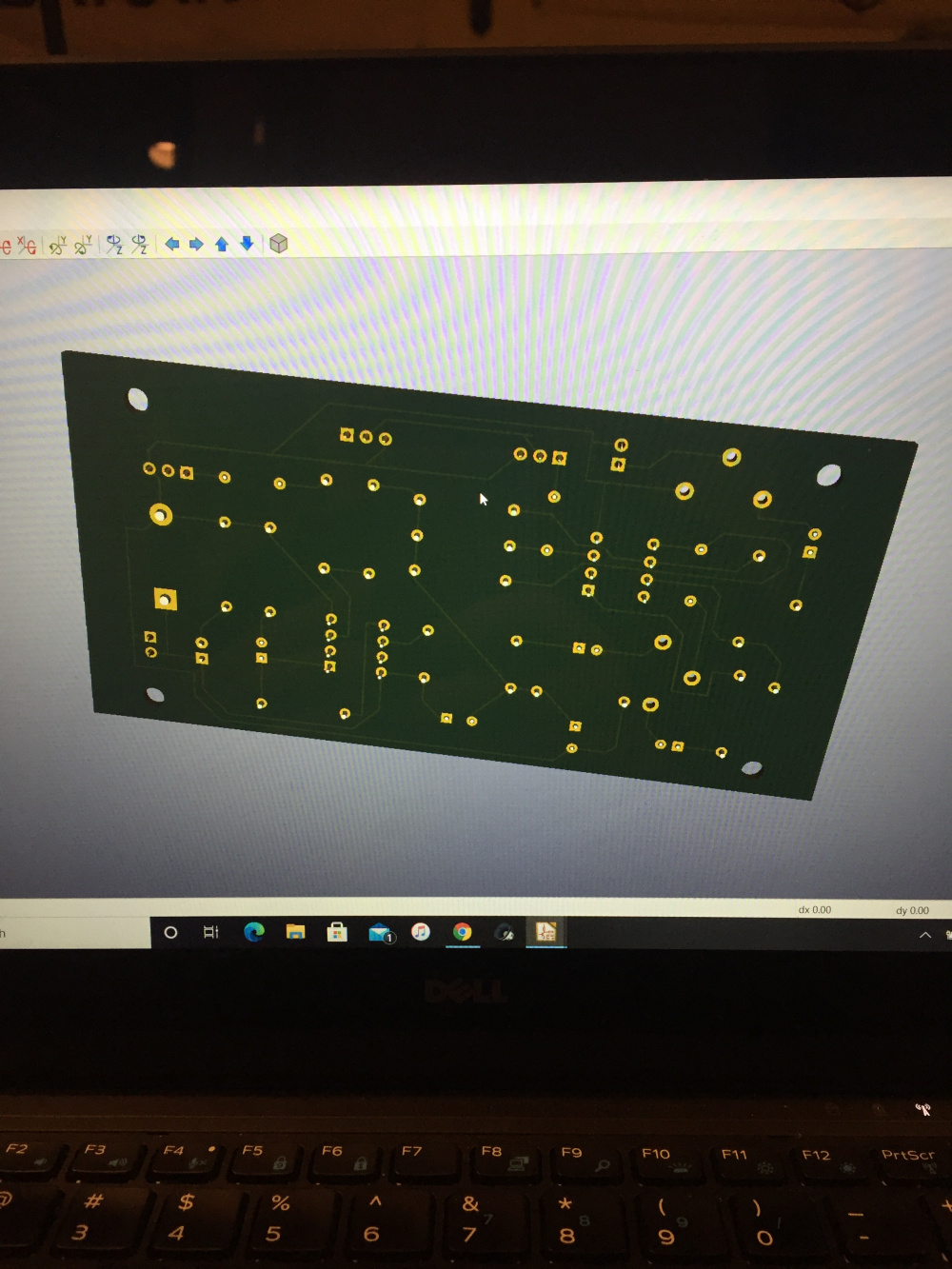