Just wanted to share some insight learned from Kimmo, the VituixCAD developer.

You will find much agreement when searching this topic that the closer the drivers are together the better, as this reduces the destructive interference between the two acoustic sources, creating the largest "frontal lobe" in the vertical polar pattern as possible.

While a wide polar pattern may sound like a good thing, it may not provide the best result when it comes to overall power response. Using some simplified logic, Kimmo states that if we take the wavelength of the crossover frequency and multiply by 1.0 - 1.4 this will provide the best result, where a distance of 0.5 - 0.7 times the wavelength provides the worst result.

For an example, assuming a common 7" + 1" 2-way arrangement, placing the drivers as close as possible you will arrive at a c-c distance of around 143mm. Assuming a 2kHz crossover, that would be a wavelength of 172mm, so this distance is a factor of 0.83. Keeping this driver spacing, 2400Hz would be the ideal crossover frequency as far as power response is concerned, but may be a bit on the high side for many 7" drivers. If we wanted to keep 2000Hz crossover, ideal c-c distance of 1.2x the wavelength puts us at 206mm. A visual of what that looks like, a bit further distance than what most of us may be used to... 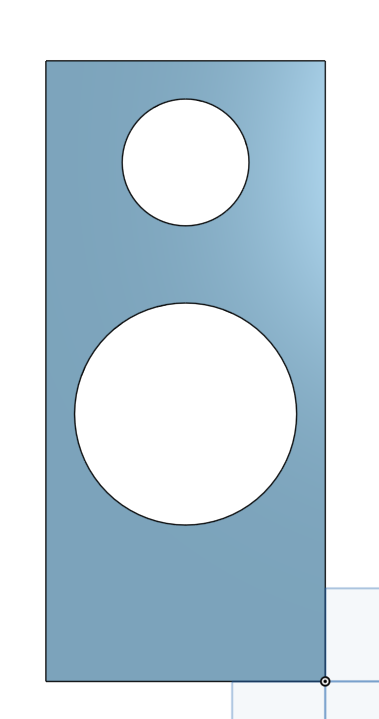 Another example, a 3" dome midrange. A common complaint of dome mids is the large flange doesn't make the driver spacing any closer than a larger cone driver would. I used the RS52, a 3" dome with a frame diameter of 130mm, equal to that of many 5 1/4" cone drivers. Keep in mind that the 3" dome actually is 3", where a 5 1/4" cone driver may have a radiating surface area equal to just under 4" diameter, but it's still larger regardless.

Using this 3" dome as close as possible to a standard 1" tweeter with 104mm frame, c-c distance would be 117mm, making the ideal crossover frequency for power response around 2.4kHz. If we change to a small frame tweeter like ND25 which has a 66mm frame, the minimum c-c distance becomes 98mm, using the same 2.4kHz crossover frequency creates a wavelength factor of 0.68. In this case, the small frame tweeter creates a much worse power response than using a large frame tweeter with the dome midrange, maybe that wide frame isn't too bad after all..

Just something to think about.