I can't take credit for this, it's something that Chris Perez brought to MWAF several years ago. I thought it was an interesting design so I set off to build it. I don't know if Chris ever published any information on it, but I just looked at it and winged it, so I guess you could say that it's my take on his design. Obviously it's not about absolute sound quality, as there is some comb filtering going on, and I haven't measured it yet, but I believe it needs a little tweaking. 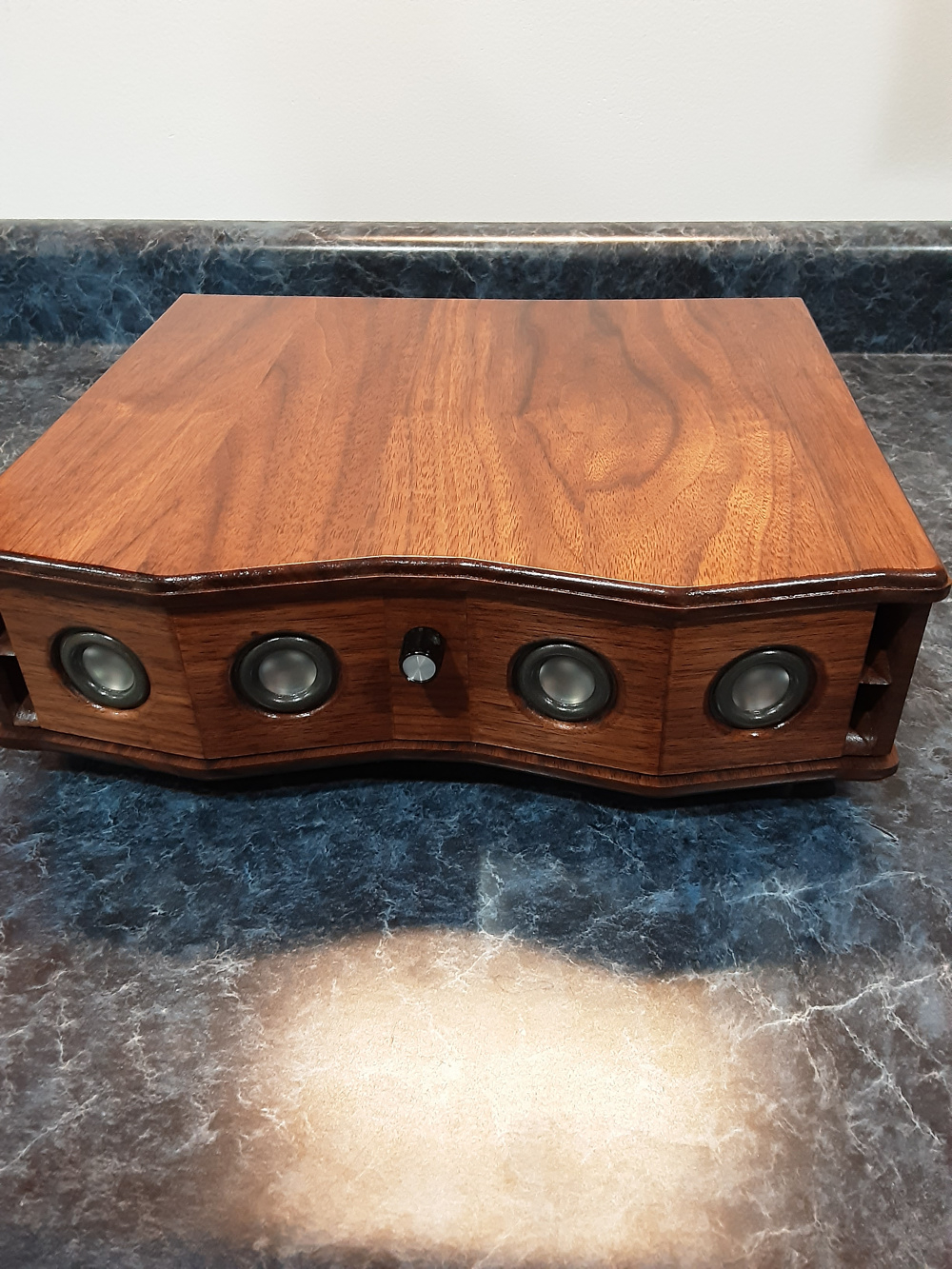 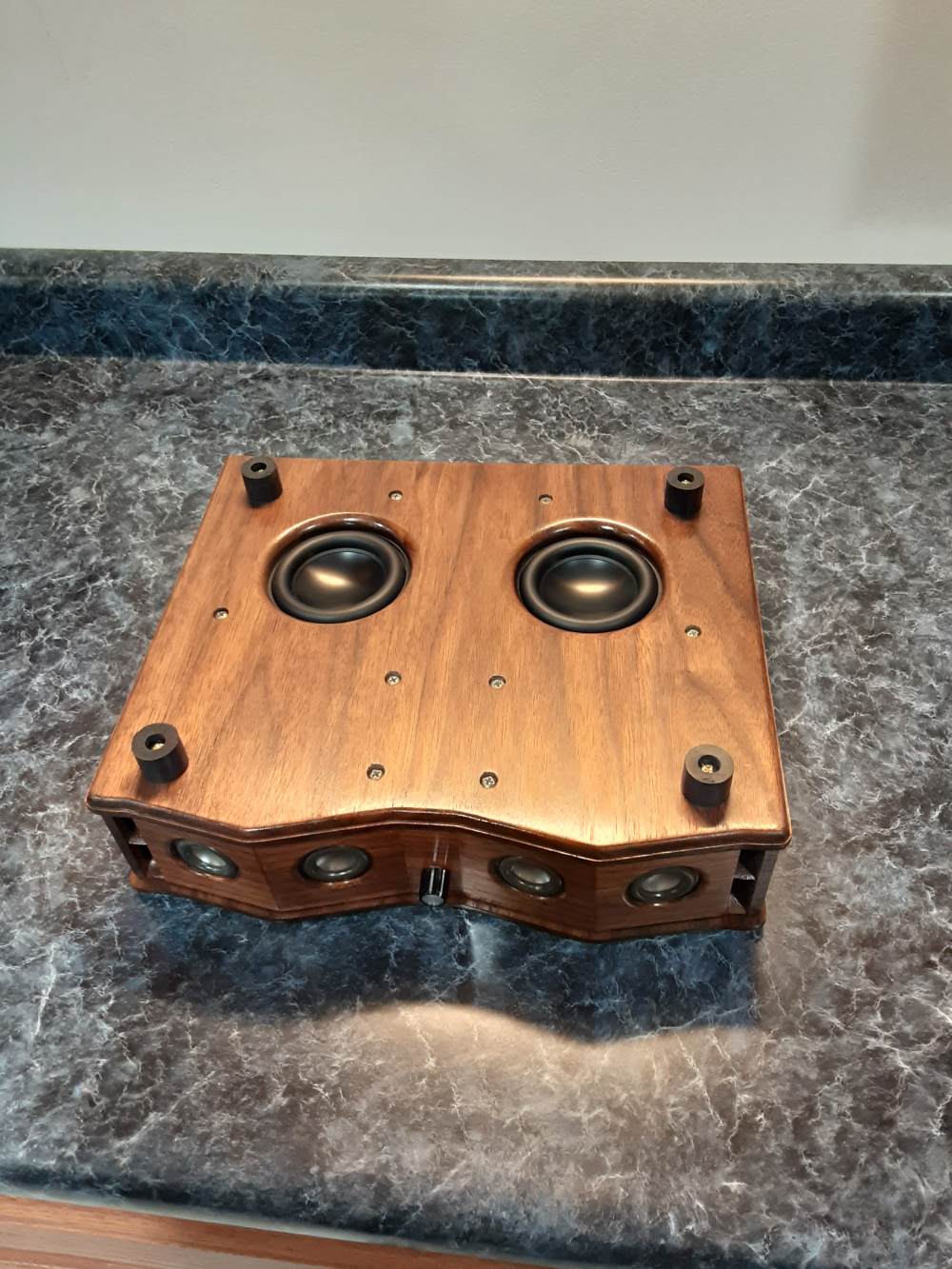 It uses Aura 1" full ranges and Nd91's driven by a little 2.1 amp and I added a Bluetooth board.