jr@mac
October 2017 edited October 2017 in DIY
Get the name out of the way - Mortimer was a mutt I had when I was a kid. He was hit by a few cars, and always came back - until the last time. Much like these old cabinets and the drivers, he is loved, remembered, but long gone. Well, the 6.5" woofer may make a come back at some point I imagine. Anyways, some squigglies etc.

Here is the woofer distortion at around 96db/1M, in-box (cabinet is the Cabrini Redux - these cast frame AP woofers drop right into a standard stamped frame cutout, by the way): 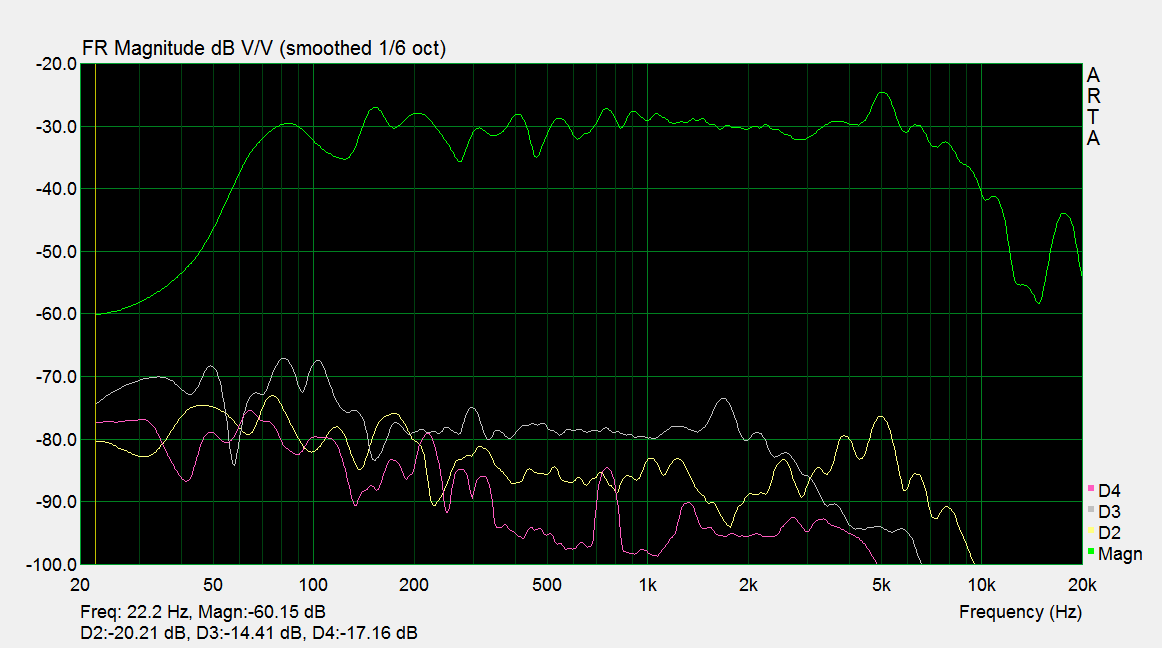 As you can see, very admirable distortion levels considering how fracking loud this sweep was.

Here is the tweeter at the same amplifier setting: 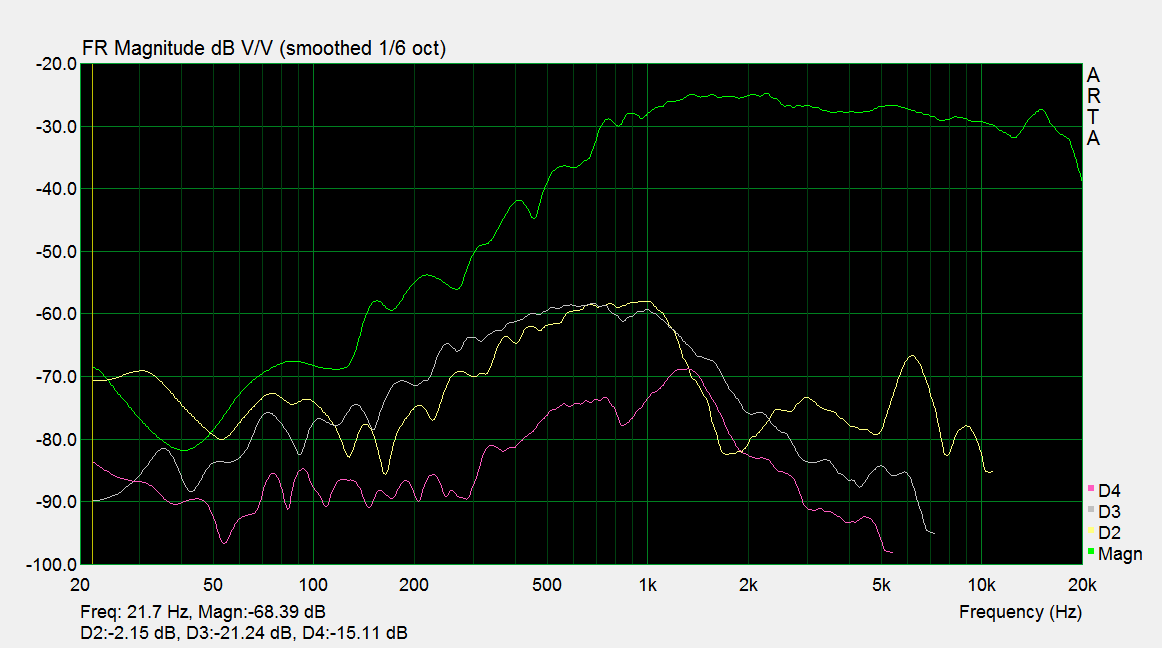 Again, very low distortion above 1.8K or so.

~4.5ms in-box measurements of both drivers at 1M (I scaled level considerably to get it to display properly): 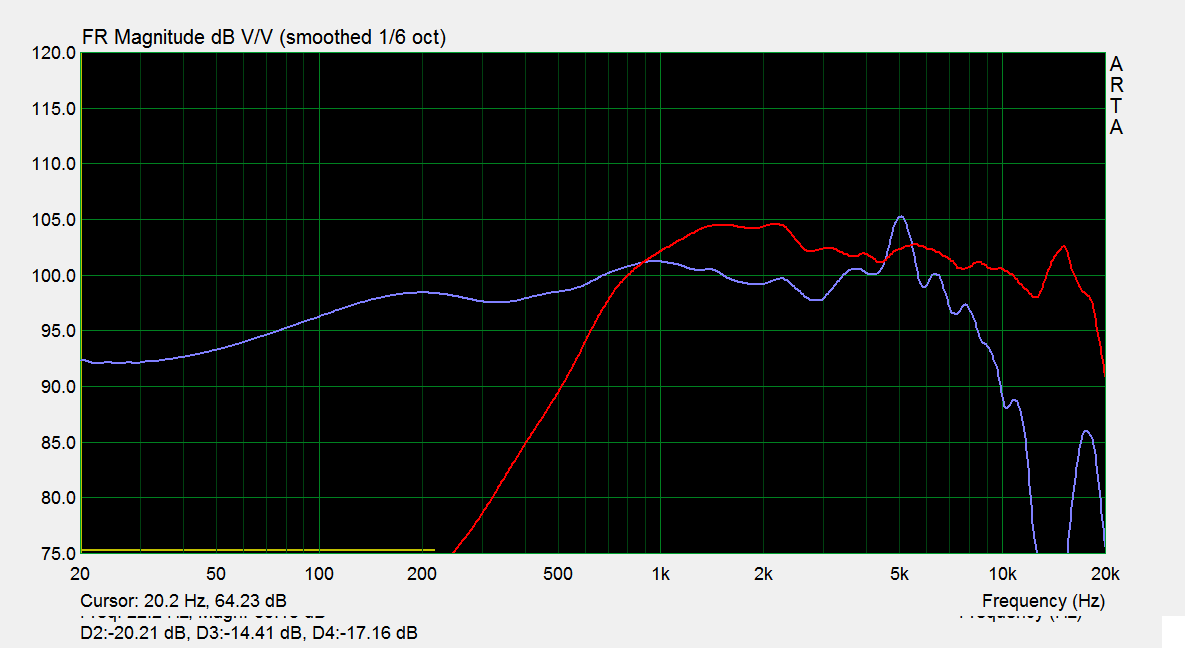 Overall, not too bad. I like to think if the cheesy metal dustcap were ditched on the AP, that breakup would be far more benign. Still not bad, though.

My drivers did not measure all that well for making the bass - so currently I have been enjoying them sealed. 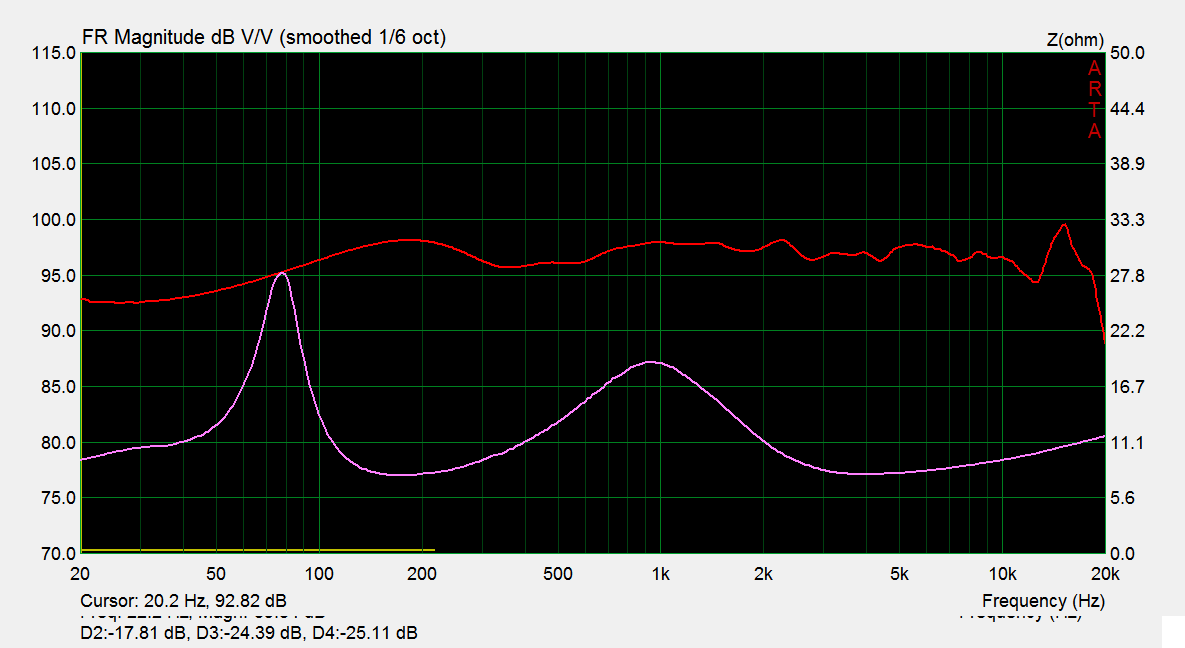 Well within +/-3db and impedance is pretty benign - it never exceeds 30 degrees either way, with the exception of a mild escape in the bass region where it hits ~-40 degrees. This is a solid 8 ohm speaker, and should be easy to drive with pretty much any amp: 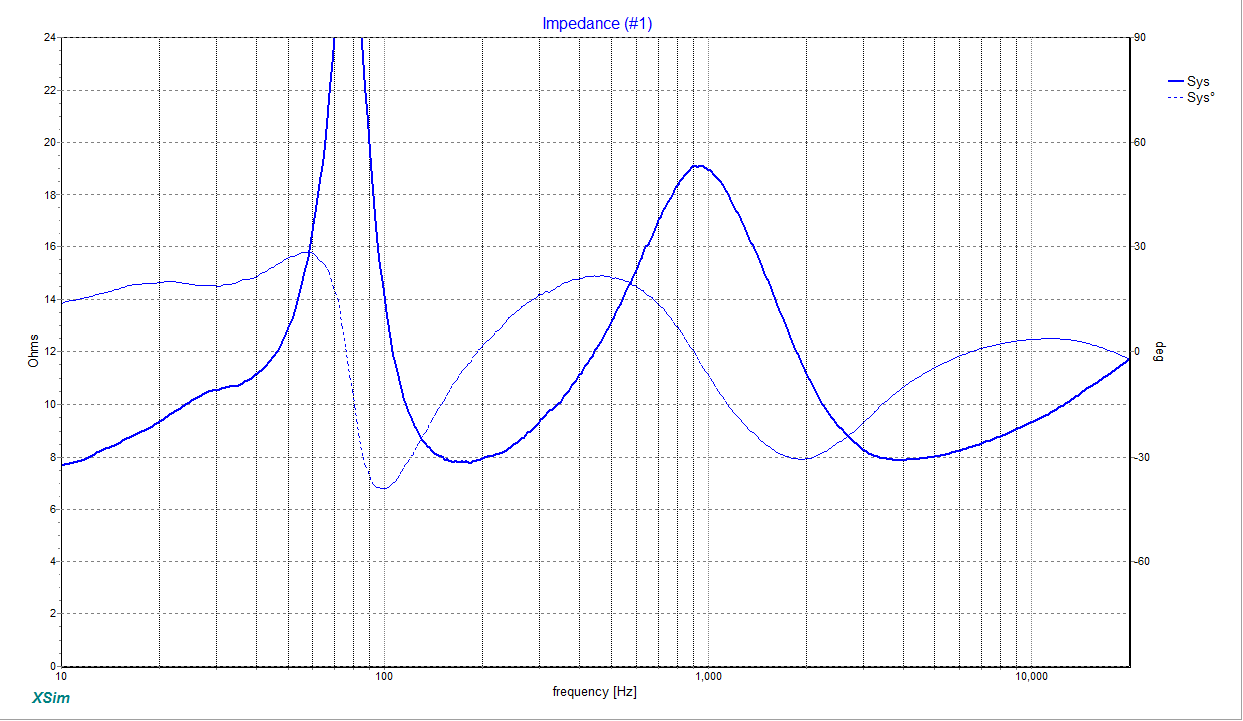 Here is the crossover - as I mentioned, absurdly simple for the performance: 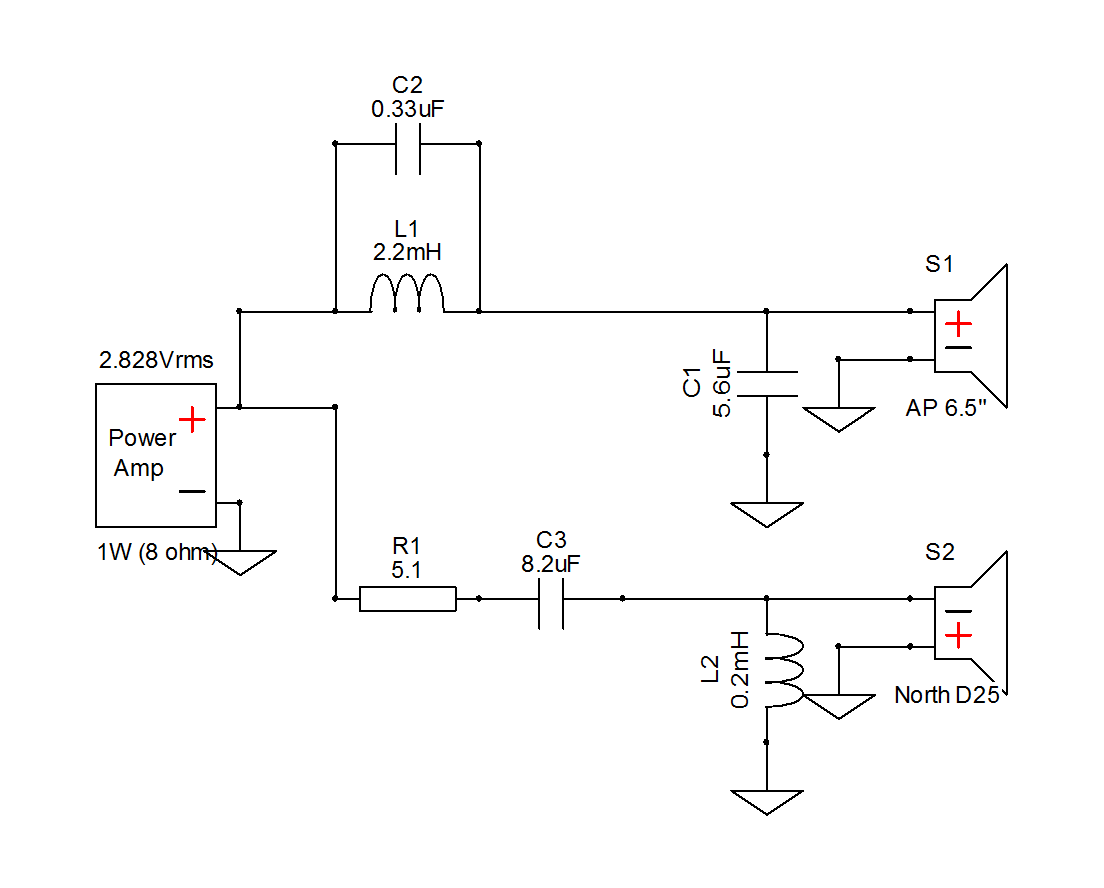 Nothing unusual there, very basic - almost universal TM crossover network (the network, not the values). Nothing expensive needed, and will fit on a small board. I used about 4.5db of BSC, give or take so a little livelier than most of my work but I figure most people are A: not going to build these and B: if they did, they would be within a foot or two of a boundary or three. If the woofers do not loosed up after extended use, I will keep them sealed as vented models in this box do not offer a lot of advantage of the sealed:

In the above, that is the same box tuned to 60Hz, what I get out of is somewhat more output across the same passband, but no significant difference in extension. In my opinion, if this is how the driver is going to be I am better off with the excursion limiter that a sealed box becomes down low than I am with a few db of extra output in the passband.

Finally, distortion of the system at about 90db/1M: 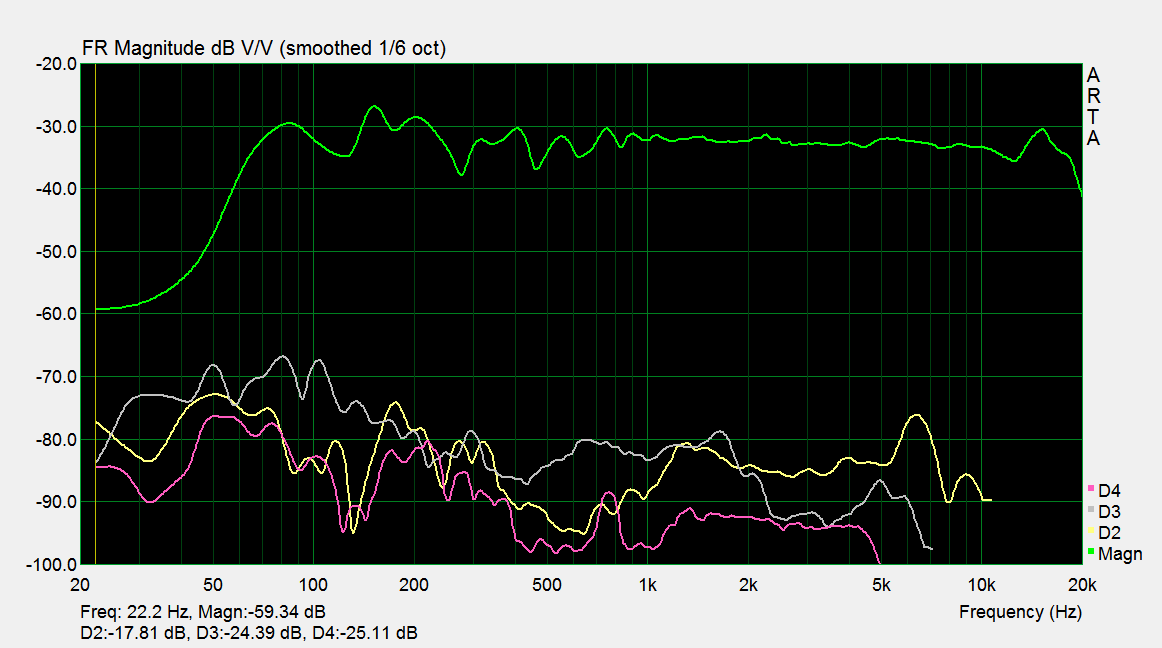 I did not bring these to Iowa as I was not close to finishing the crossovers and wanted to spend at least one more morning listening and measuring. It makes me wish North would swing back into business, they are pretty damn nice dome tweeters. The woofer is remarkable, as well. All in all, this is not a bad design to stick on a desk or in a shop. For most people (read: people not reading this forum) this design would represent a significant step up over quite a few commercial speakers - but that is the blessing of DIY.

The other blessing is this: the woofers ended up being something like $11 at MCM, and I picked up the NOS North tweeters for $20 shipped. The crossover can be built very inexpensively as well, using components from PE: *edit: add $3 for the two 0.33uf caps* 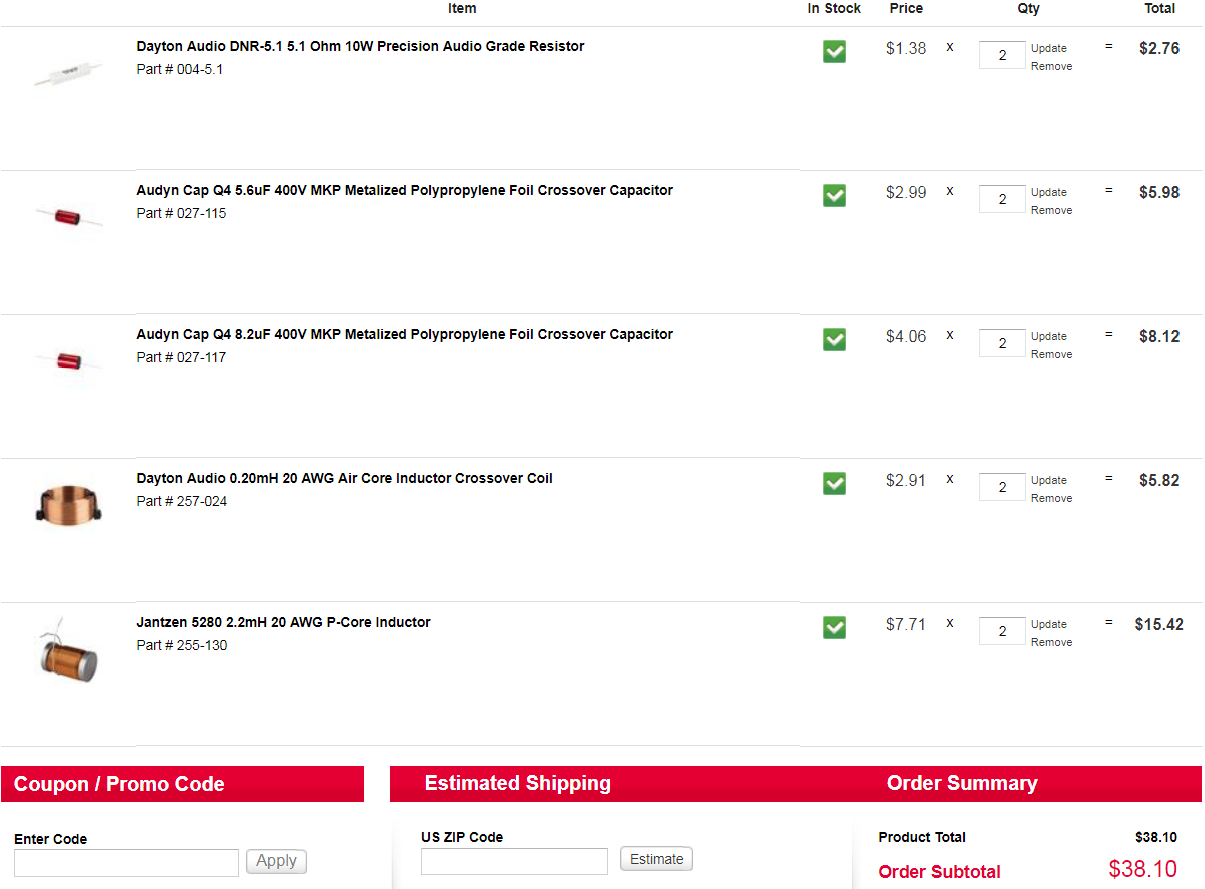 Personally, I would step up to a laminate core woofer coil - those powdered core have weird saturation characteristics. Whether that happens at levels we use them or not is probably worthy of an investigation, but powdered cores do exhibit a "soft saturation" characteristic. Look it up if you don't believe me

Going with a laminate core would probably mean someone needs to possess the means to unwind a larger value coil - this day and age, though, we should all have that already. 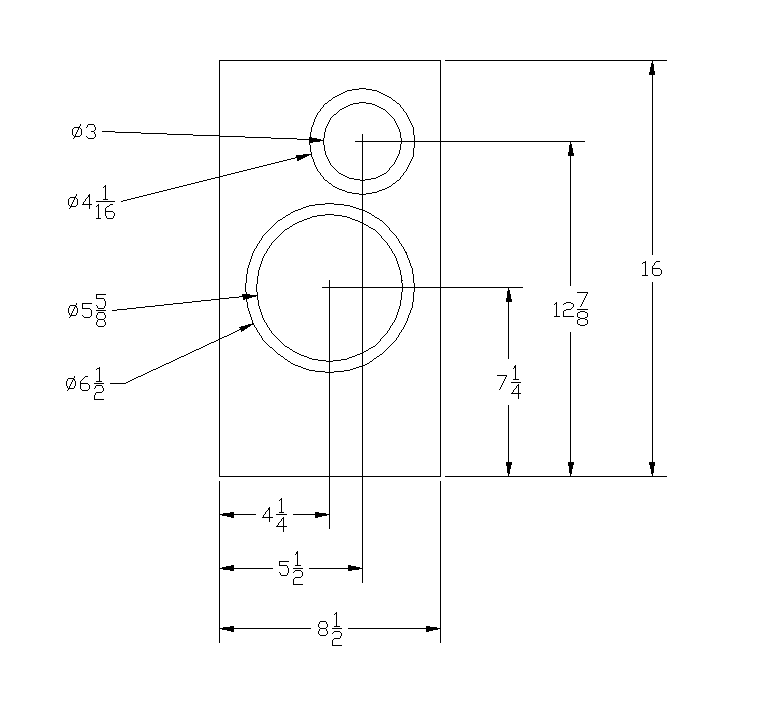 The North required some very slight enlarging of the thru-hole than the print shows, but it is pretty much a drop in otherwise. The woofer required a spacer to be flush mounted, I made mine from a pile of cardboard and wood glue.

I have a signature.
Tagged: