S7910
March 2018 in DIY
This is one of the designs I plan to bring to DDIY this year. I'm sure some of you will recognize them from when they were at DIY Iowa a couple years ago.

Drivers: Peerless SDS-160F25PR01 on woofer duty and the GRS 1TM-4 tweeter. The woofers were selected because they modeled well in a reasonably sized cabinet and they were (and still are) attractively priced. The GRS tweeter was selected because it paired well with the woofer and fit the budget requirements.

Cabinet: After measuring the woofers and modeling them in Unibox, a cabinet volume of 50L was arrived at. The woofers dictated the baffle width, as I used a method that Pete S. had posted on PETT awhile back where the baffle went from truncated edge to truncated edge on the woofers. This set the baffle width at 6.5", and I arrived at a baffle height of 46.5". The external dimensions of the cabinet then fell into place at 48" H x 8" W x 12" D. The cabinet walls behind the drivers are lined with eggcrate foam, but other damping materials could be substituted if desired. Fb/F3 comes out to 40Hz for both. The port is front mounted and centered 6.5" from the bottom of the cabinet. The woofers are centered on the baffle and are 5.5" and 15.75 from the top of the cabinet. The tweeter is centered on the baffle and is 10.5" from the top of the cabinet.

Crossover: This was done by ear just for fun. That and I like tinkering with things so the 'trial and error method' is the most enjoyable part of the process for me. 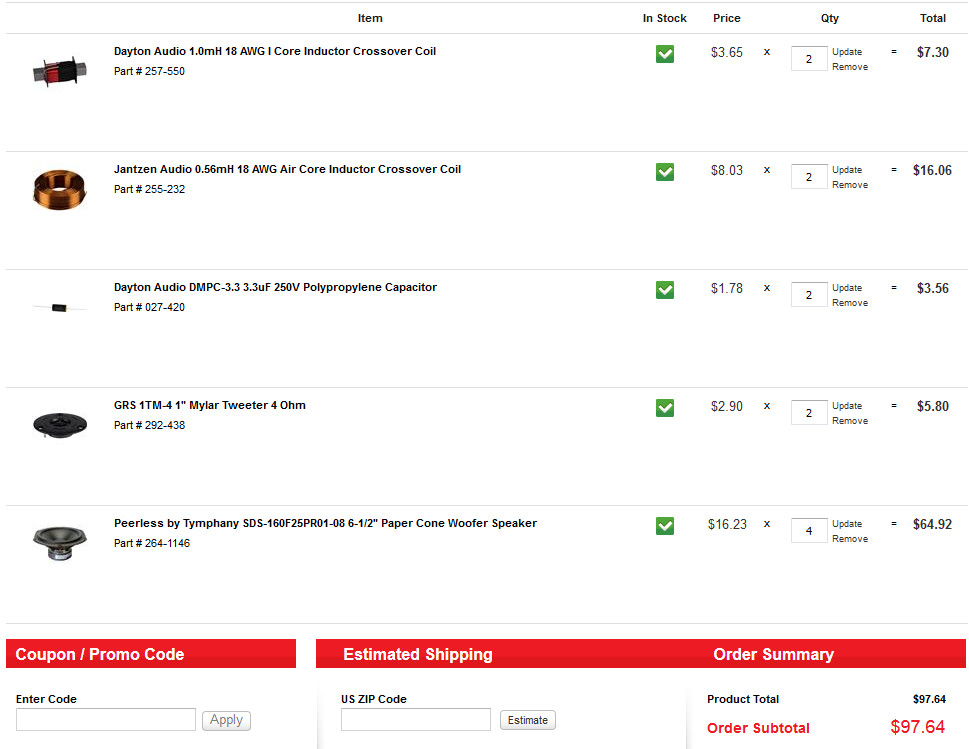 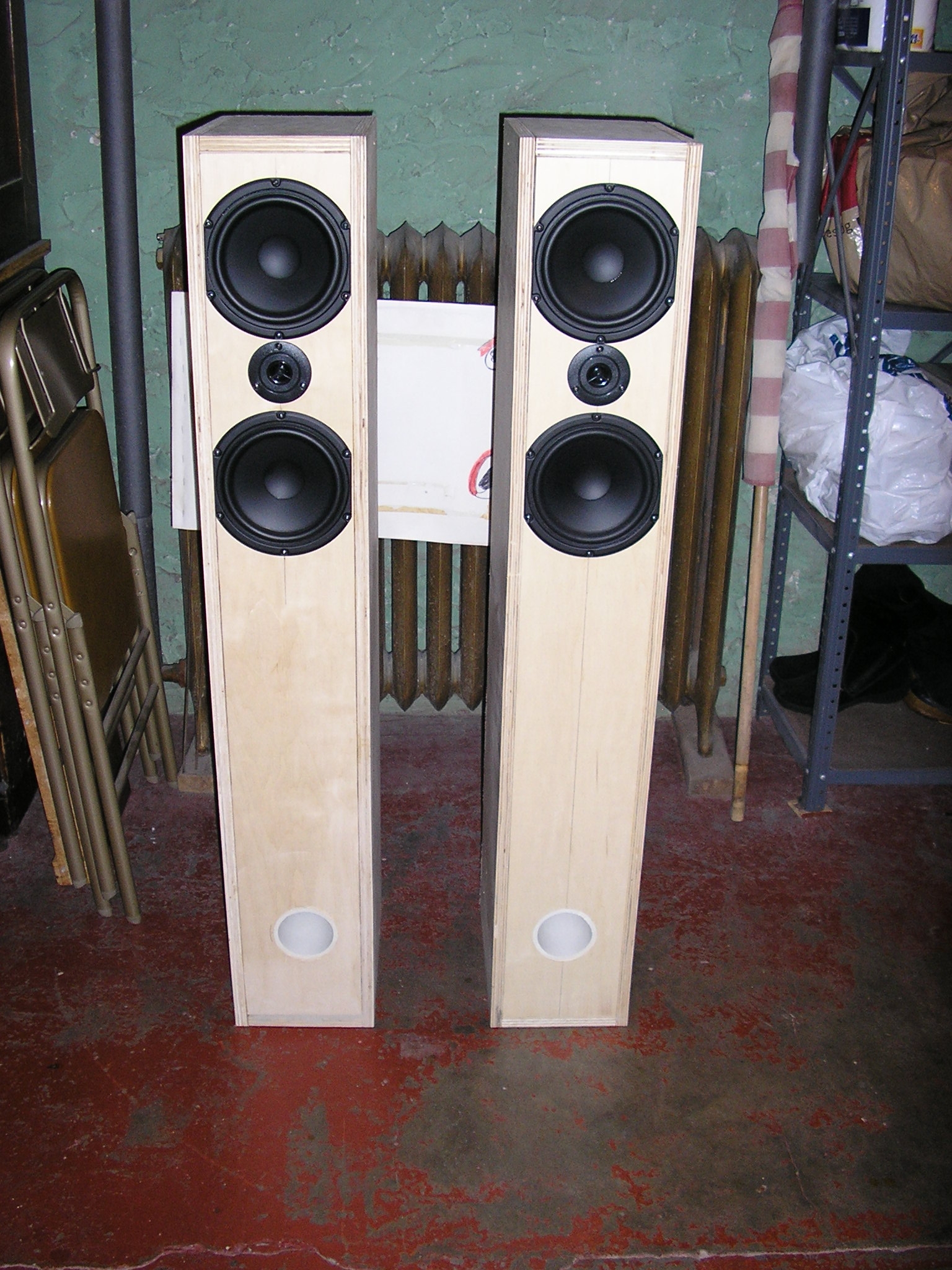 I'll let others who have heard them comment on how they sound.
Thanks for looking.