Might never happen, but wouldn't this be a cool retro build?

Nursing a hangover so I was hanging out admiring my driver hoa - I mean collection - and this driver combo jumped out at me from my Radio Shack museum.

Realistic ribbon, wide range, and 8" poly woofer. This seems like it would be a simple build and be a lot of fun. I have no idea what the response of the wide range is (advertised 700-20000 with supplied capacitor), but the ribbon has a supplied response curve and I imagine the woofer with the not too stiff cone and the bread-and-butter motor inductance rise will probably offer a roll-off that lends itself to a simple crossover. 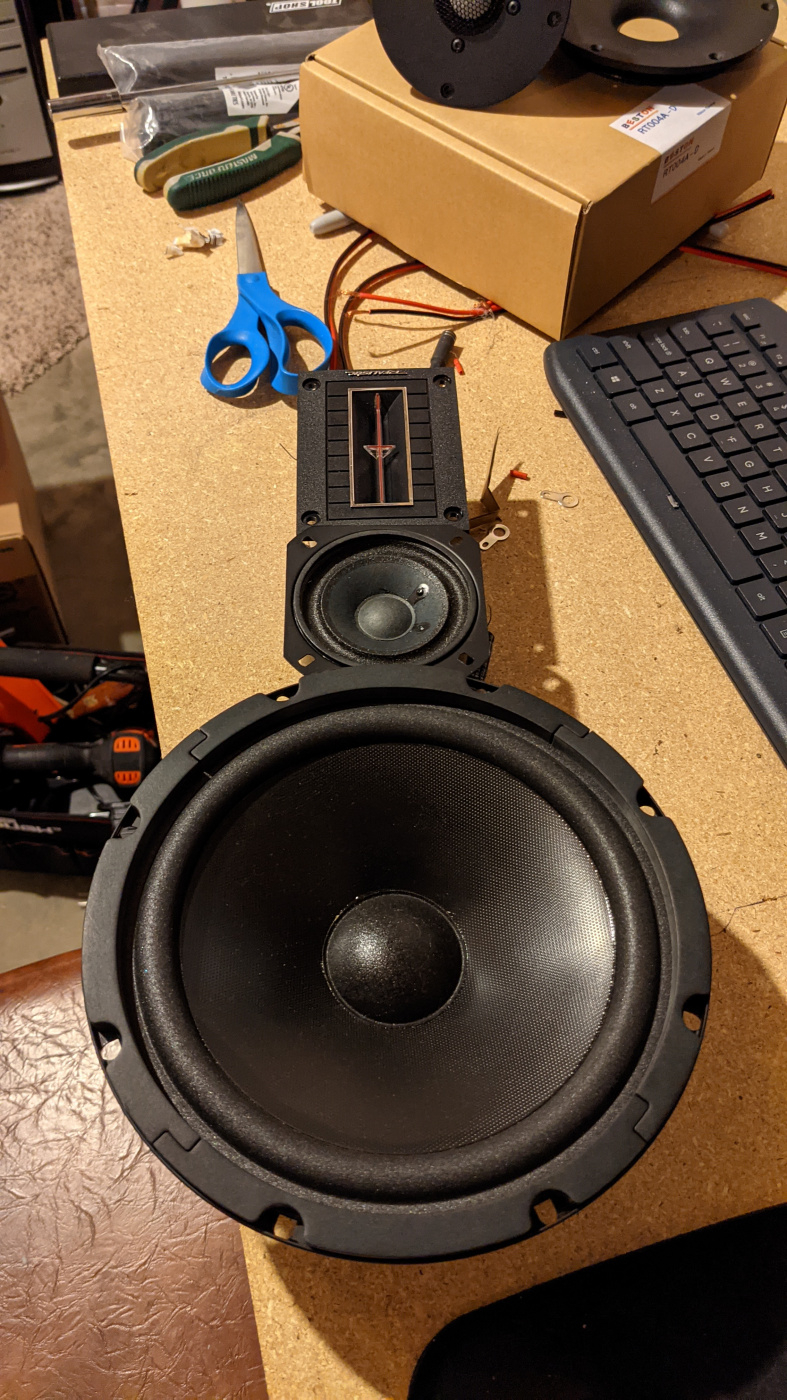 As I said, not sure I would actually build this but all drivers are NIB, the woofer foam is soft and supple, and I think it would be a cool complement with the other Radio Shack 3-way I built several years ago. This would have been a relatively expensive (primarily based on 1993 catalog prices) build when the drivers were fresh from Radio Shack. In 1993 the woofers retailed for $35 and the wide range retailed for $14. The tweeters were considerably older, and the price tag on the box shows a price of $17 - which was the price from somewhere in the mid-80's. The midrange and the tweeter are both actually branded "Realistic", and the woofer is the Radio Shack brand. I believe the transition from Realistic to Radio Shack branding occurred somewhere in the very early 90's. I'll have to dig through the catalogs to be sure, and it doesn't really matter except for certain drivers like the 12" DVC.

Anyways, maybe I'll knock something together.

Anyone else sitting on vintage drivers and have idle thoughts about knocking together a design to see how it compares?