Getting back into the swing of things.

Kornbread
October 2019 in DIY
School is out!  Time to catch up on things around the house and get back to s.t.u.f.f.
This is a two way project using a FaitalPro 5fe120 and an xt25tg30.
XSim data is in-box measurements @39" @0*, on tweeter axis, but inside which means the gate times were really small.  The mosquitoes are still too bad for outside measurements. 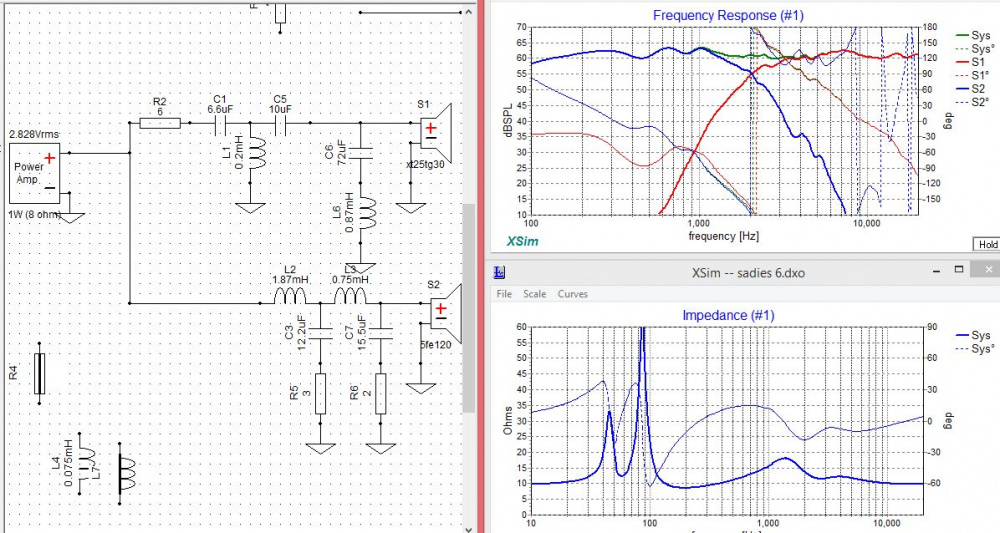 And this is the result measured without moving anything.  Red is with polarity reversed.  Green is xsim model.  I feel there may be a bad connection with one of the cheap alligator clips but have redone just about everything with no difference. 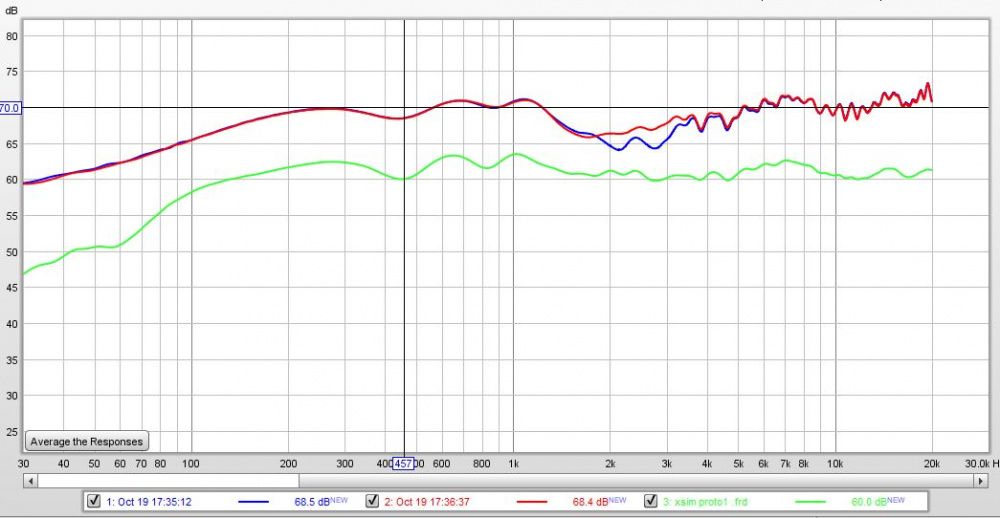 Measured impedance.  Green is XSim, blue is measured.  Close until 1k. but is that small of a difference responsible for the measured .frd response? 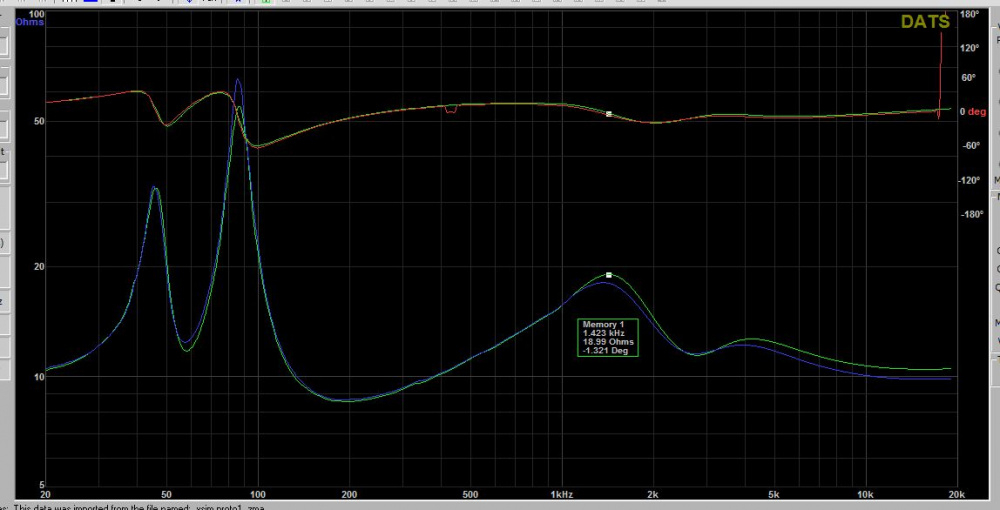