I used those for a while then built a few published designs after that. The boxes got turfed and the drivers got moved into an old stereo console and then onto the shelf where they have sat for a few years. 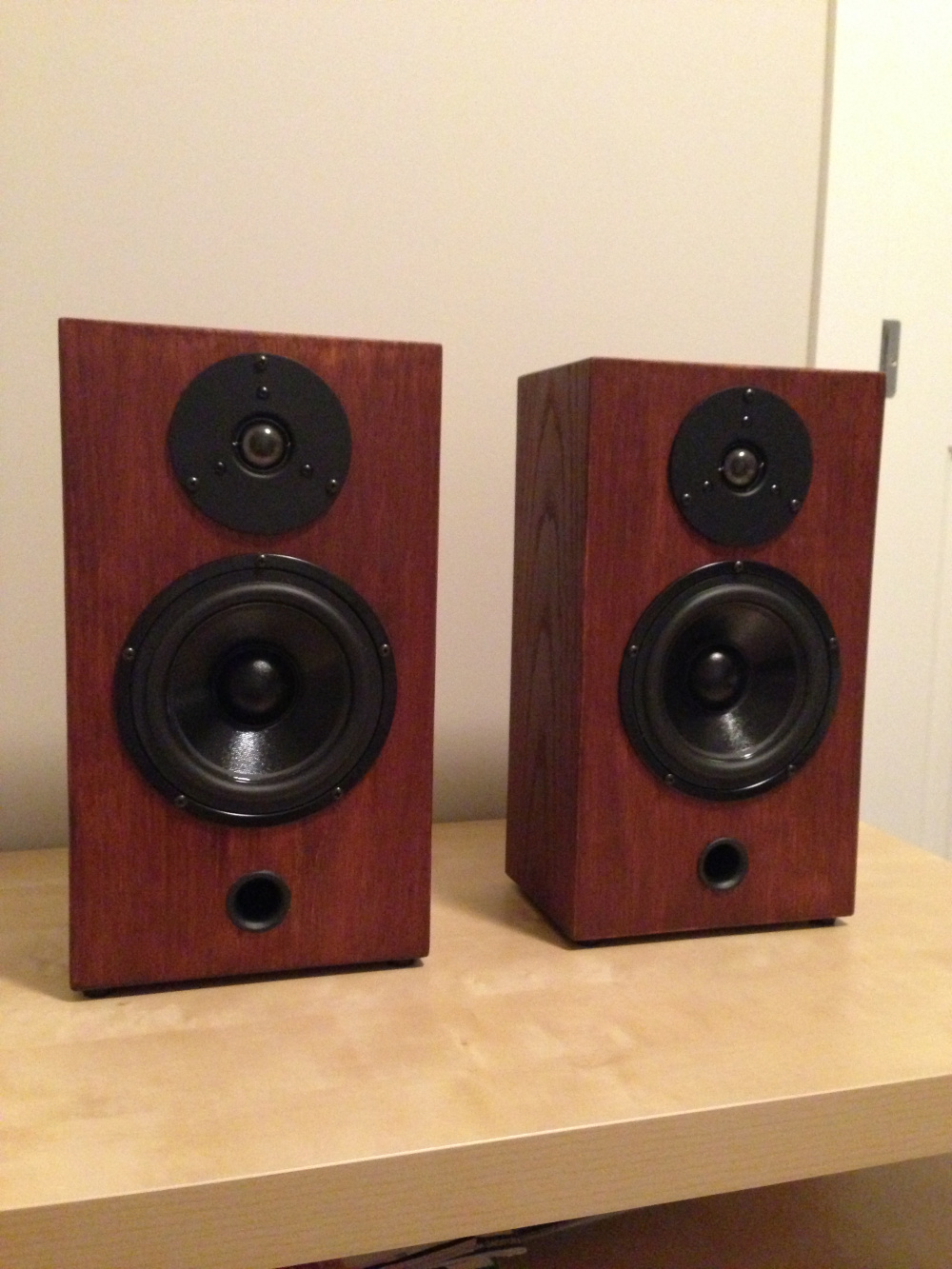 I recently bought a bunch of veneer from a guy here in town and some of it was curly maple, which I have wanted to use for quite a while. So I thought how about taking another look at my first build. So I came up with a plan for an enclosure using the veneer and then some BB on the sides. I cut up some MDF and made some boxes and glued a cherry strip onto the BB to use for a round over on the front edges of the box. 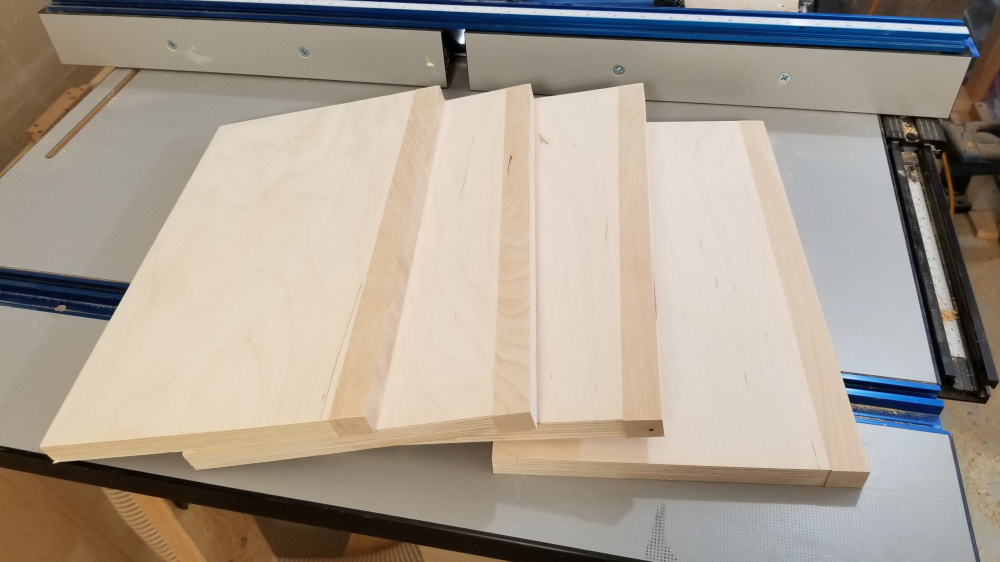 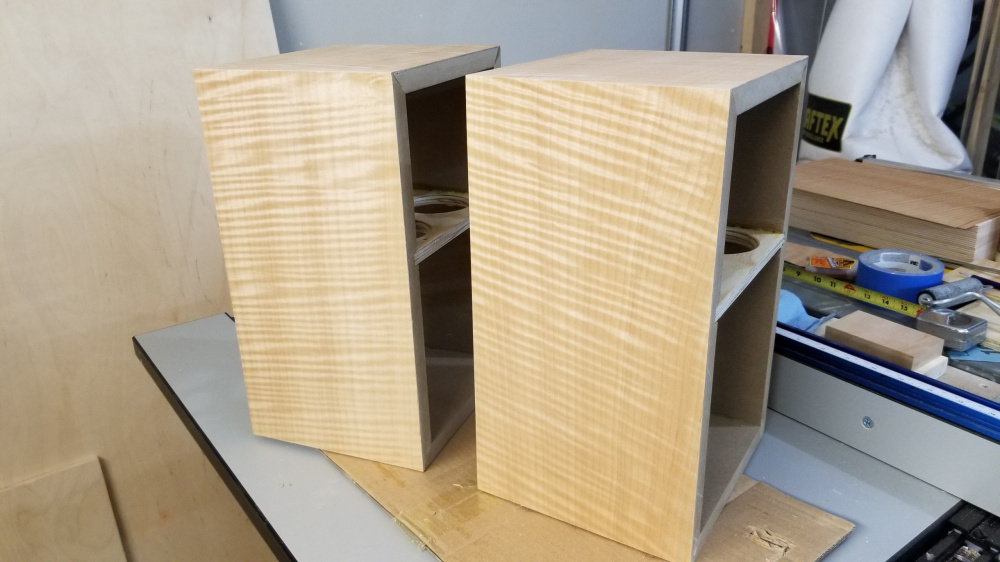 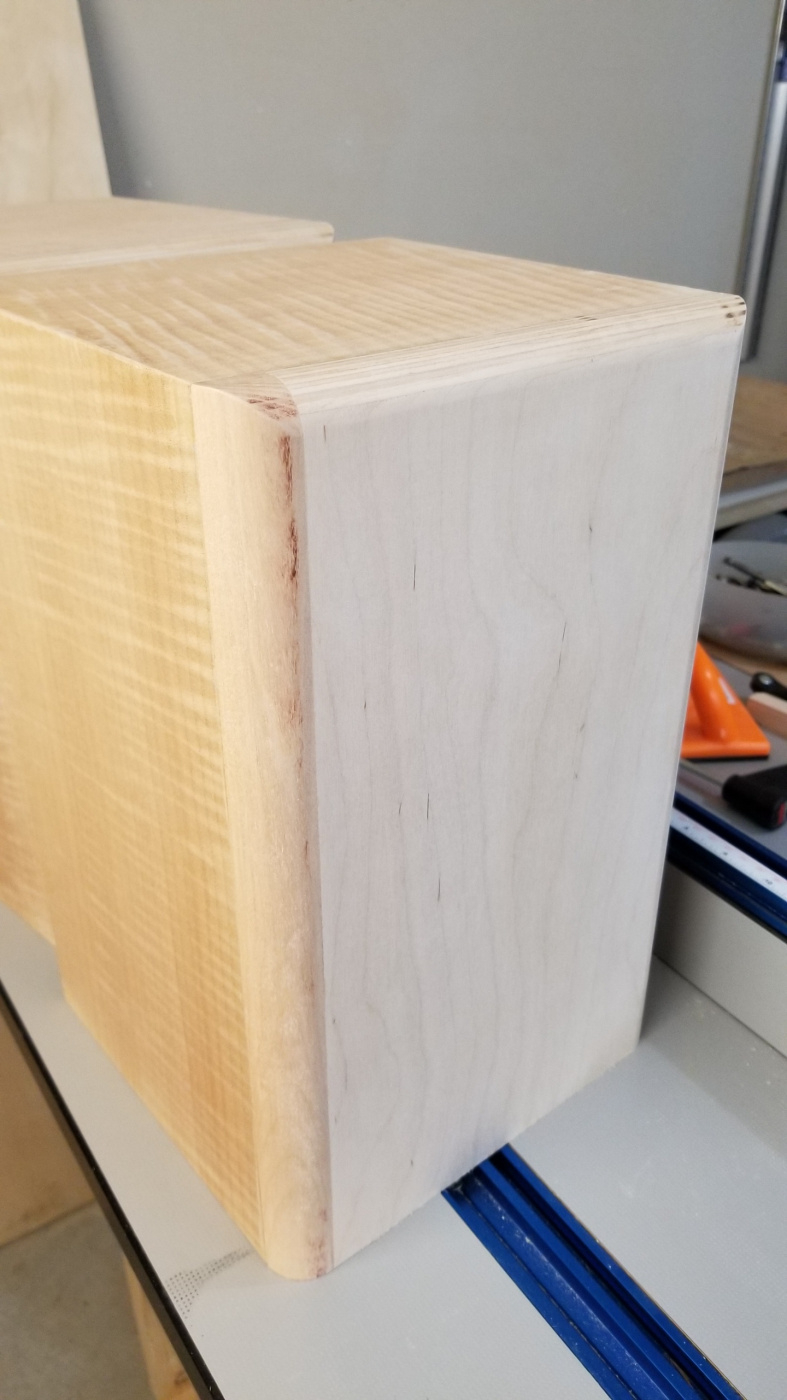 In hindsight I should of just made a normal box as I ran into a few of what I will call "finishing fails" . Because of the wavy texture of the veneer when you fill a gap next to it with filler it is really hard to sand the filler out of the low spots of the veneer. Also on the back side for whatever reason I ended up with these lighter stripes on the veneer next to the plywood. I tried to sand them out but didn't want to sand too much and go through the veneer. 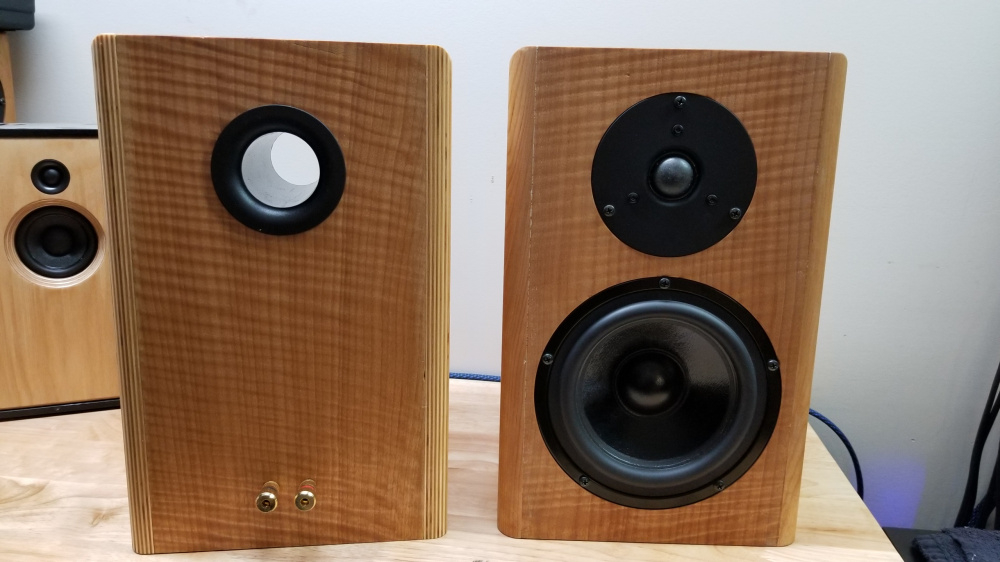 The staining from the wood filler is a little hard to see in the picture but in person it is quite noticeable. I was thinking of calling these the FF's - but not named after the Ferrari 😁