PWRRYD
January 25 edited January 25 in DIY
To date I have designed and built two hybrid open baffle projects.  The first one was a simple two way with a ND105-4 in a ported enclosure and a single TC9FD above on the open portion of the common baffle.  I loved how that little project sounded and it received lots of positive comments from folks that heard it at DDIY and Iowa.  After that I upped the game a bit with a three way design using a NE225W-04 woofer in a ported bass bin with a separate open baffle sitting on top.  That open baffle had a Tang Band W4-1320SIF woofer for mids and a Beston RT002A-bipolar tweeter.  I really liked that project but I didn't feel that the dipole tweeter added all that much.  In fact it forced a crossover point that was a bit compromised

A couple of you heard this project in Iowa two years ago.  Unfortunately it was the last project to play on Saturday and many folks were either already gone or busy carting out their projects.

Anyway, fast forward to now...  The theme build for Indy this year is 20-20.  A purrrrfect excuse to try and step up my hybrid open baffle journey another notch

For this design I have chosen to invest a significantly larger portion of the allotted budget towards the mid driver and the tweeter.  For the bottom end I am using a 2 cubic foot bass bin on each side that uses two MCM 55-5670 8" woofers, in a push-pull configuration, wired in parallel for a 4 ohm load.  In my opinion these are fantastic performing woofers considering their low cost.  Their regular sale price is only $39 each.  I bought mine when they were on sale for $26 each.  SCORE!

I think I've nailed down the mid and tweeter for this design, but I'll wait to share their details until I've built a prototype baffle, taken some real measurements, and simulated a crossover design.

So why not, here are a couple of pictures of one of the unfinished bass bins with a mock cardboard baffle sitting on top: 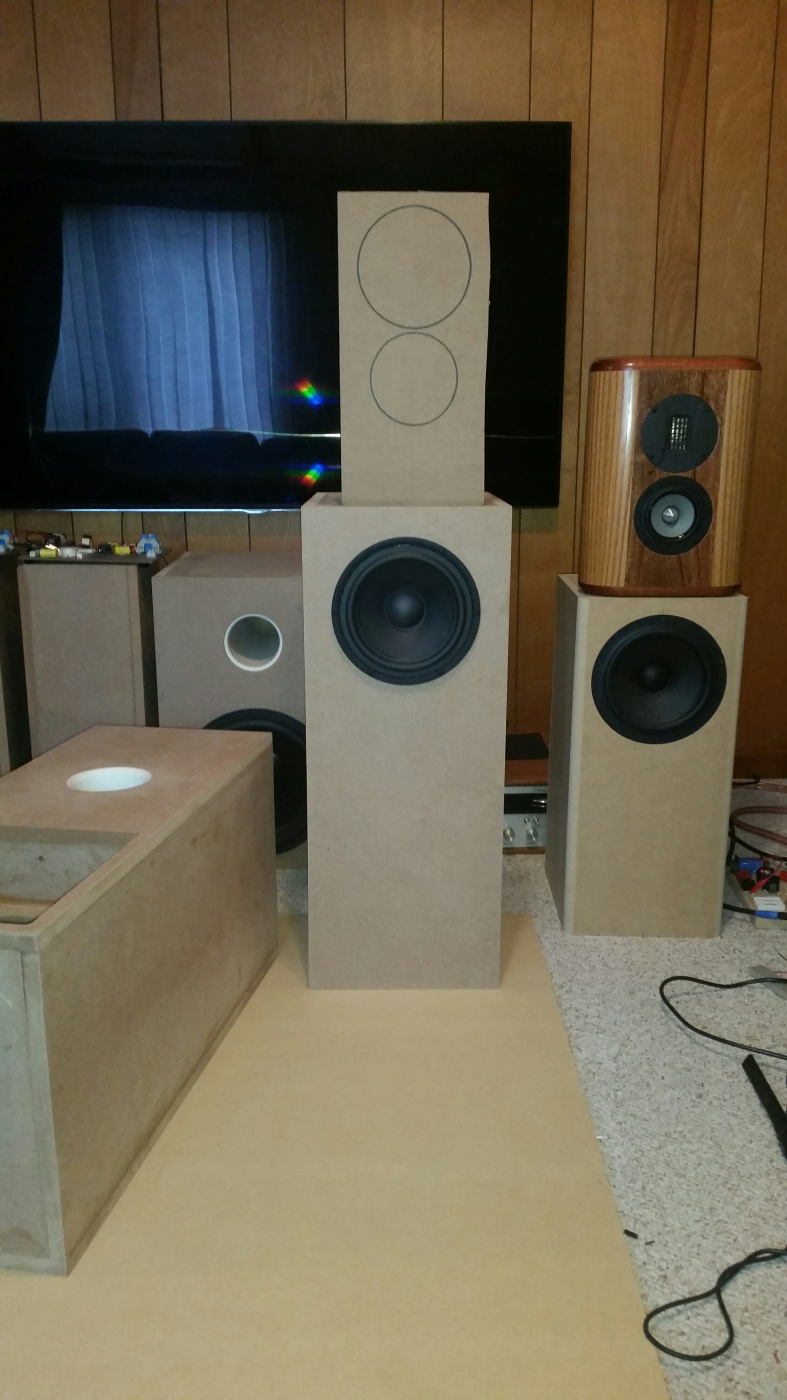 Peek-A-Boo, here's the other one on the backside, in a recessed cavity so the magnet/frame doesn't stick out visually: 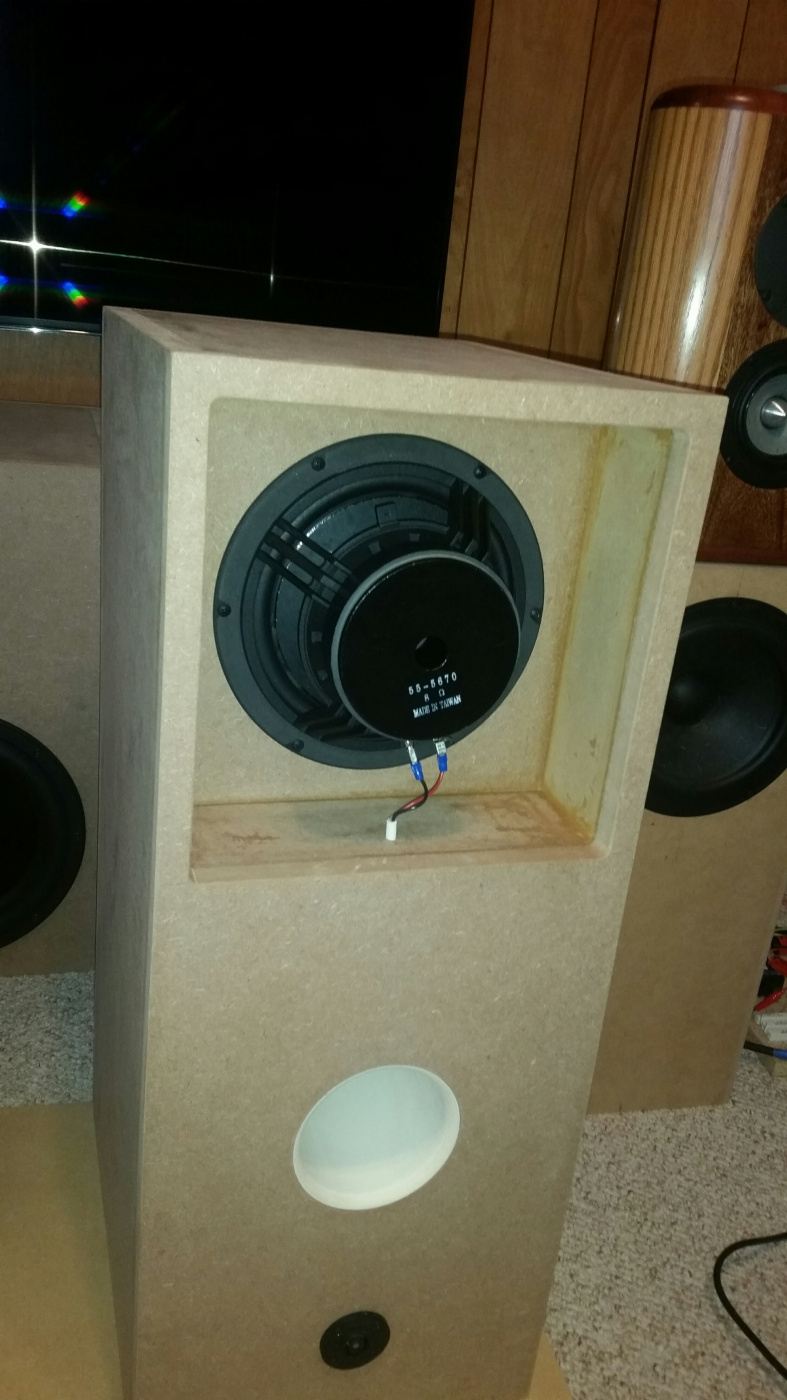