So this is a project that has been simmering for quite some time now. The final driver complement and overall design concept has changed considerably from when I initially cut baffles several years ago. I kind of lost momentum on design work for awhile there, but have been fired up lately.

Originally, the design was to be a basic 2-way with the Max Fidelity 6.5" and a Seas tweeter. It was intended to be a team project with Mrs. JR - but she has decided against doing much with it. However, when I was going through my stash, I showed her the Dynavox honeycomb woofer and she said she likes how they look and I should really do something with them.

The tweeter is still the Seas (I forget what exact model, to be honest - but I believe it is the H0881) but I was fucking around in the garage one afternoon and decided to stick the Visaton 148mm waveguide on it. It fits reasonably well, had to over-drill the holes in the tweeter faceplate and the throat transition isn't perfect so I do expect some errata in the upper range but quite frankly I just don't care about the top 1.5 octaves these days. It should still offer the advantages of a waveguide, and the tweeter despite a low Fs drops like a rock below 2K so the boost of the guide should also be of some benefit there, as well.

Others have pointed out Dynavox generally do not measure too accurately, and here is one of my two after an exercise routine: 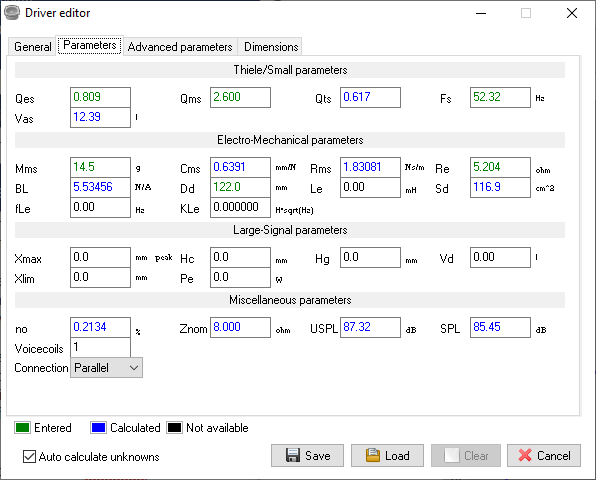 This will be built into a PE 0.56 cubic foot flat pack, here is my modeling. Sealed, medium stuffing. Should do OK, if not exactly earth shaking: 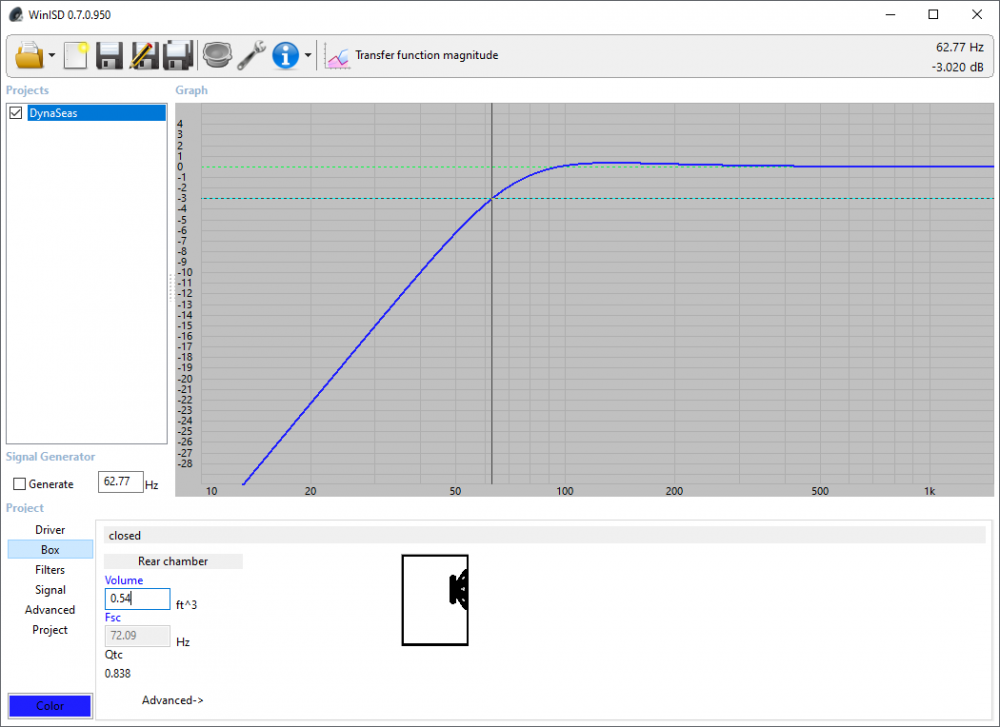 Excursion at 10W indicates it won't offer much in the way of output - but having heard people beat hell out of Dynavox in the past it is my belief they stay linear beyond rated Xmax and suffer very little from power compression so I think it should be a bigger speaker than the wimpy Xmax would have us believe. 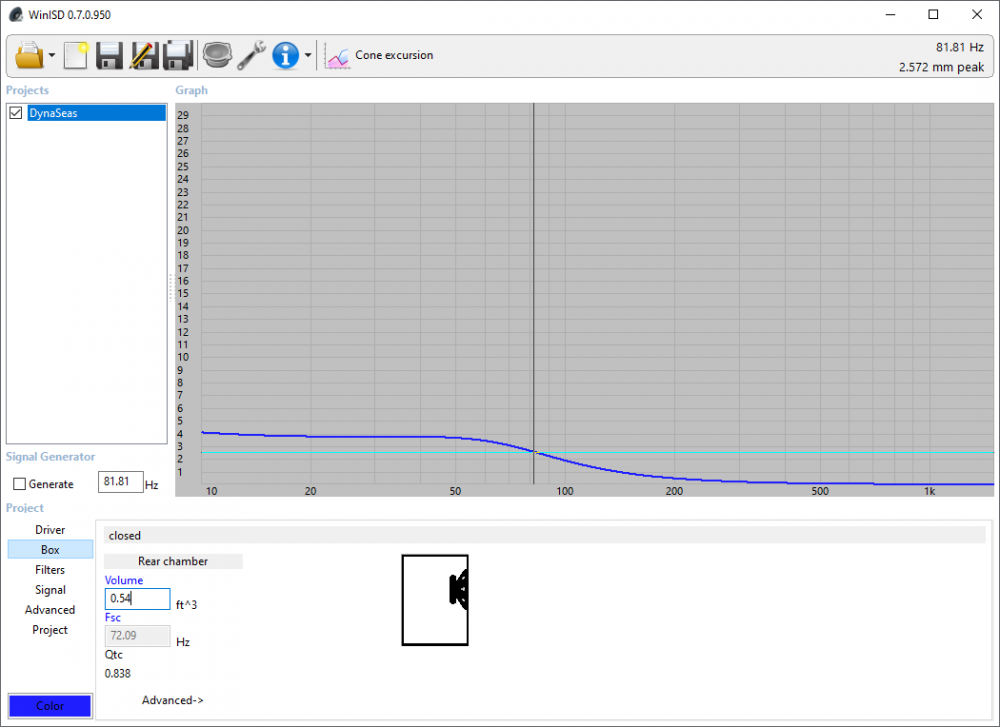 Now, since one goal of these is to offer very low linear distortion and good off-axis, I will be doing a faceted baffle. Nothing too fancy, just enough to create a lot of different distances from center of tweeter to baffle edge. I may smooth the facets after cutting, have not decided yet. Depends on how ambitious I am that day. Baffle will be made of particle board stair tread from Menards. Experience has taught me this is an excellent choice for cabinet material. The outer 1/8" or so is rock hard and it is overall much stiffer and denser than the basic particle board found in handi-panel sizes, for example.

So anyways, once this and the tower are more or less finished up I have plans to build a pretty high end design for the basement. Hopefully one of these summer projects makes its way to Iowa this October. The towers will likely be going to some friends of ours, and these monitors may actually end up serving in some capacity at a local studio.