So several years ago I did a small 3-way using all MCM driver, and was unhappy with it. The KB series widerange I used as a mid did not have enough sensitivity to overcome some peaks/dips in the response (it has a response very similar to the Dayton PS95), etc. So I have an Aliexpress driver that more or less dropped into the cutout, and here we go. 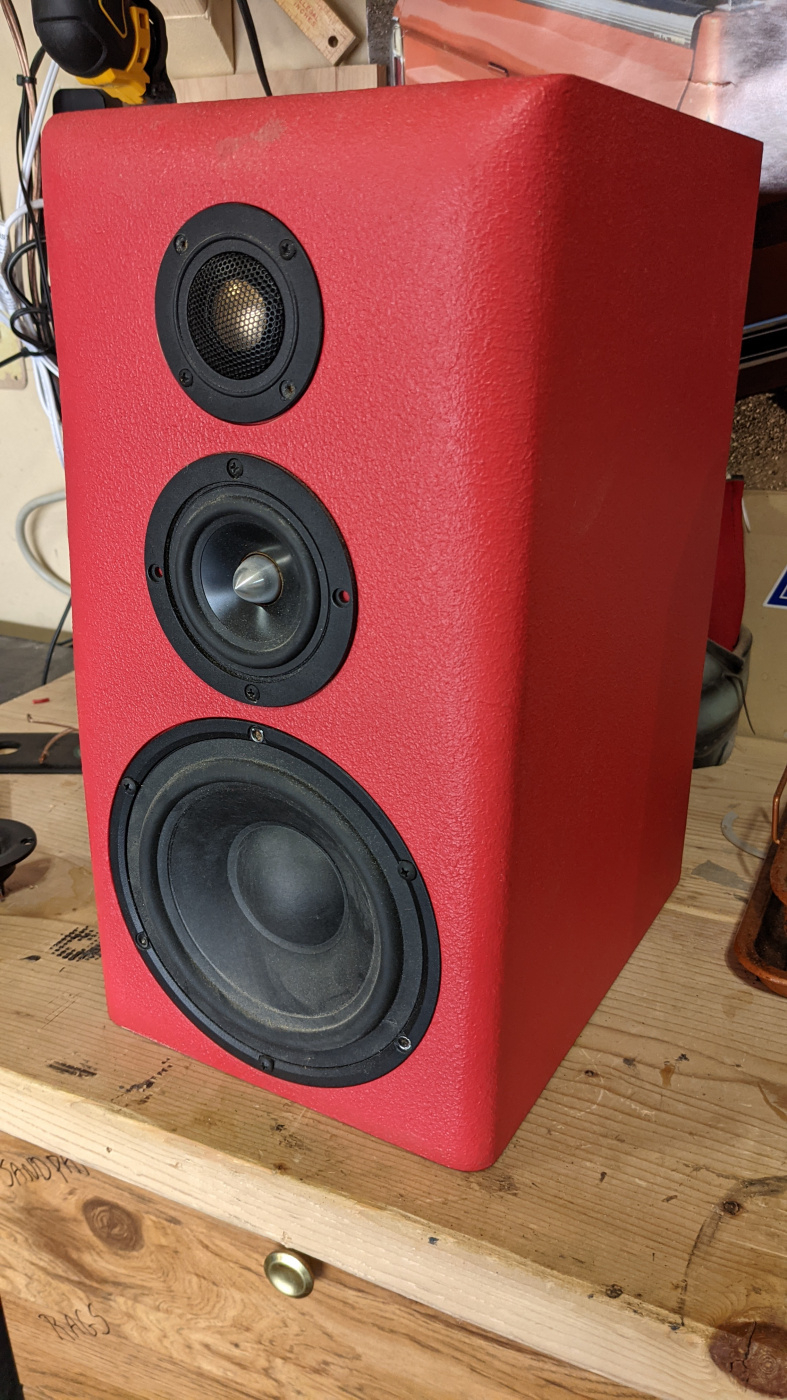 I took basic on-axis this afternoon, so the following model is possibly not "good" but does show the potential in this driver combo. 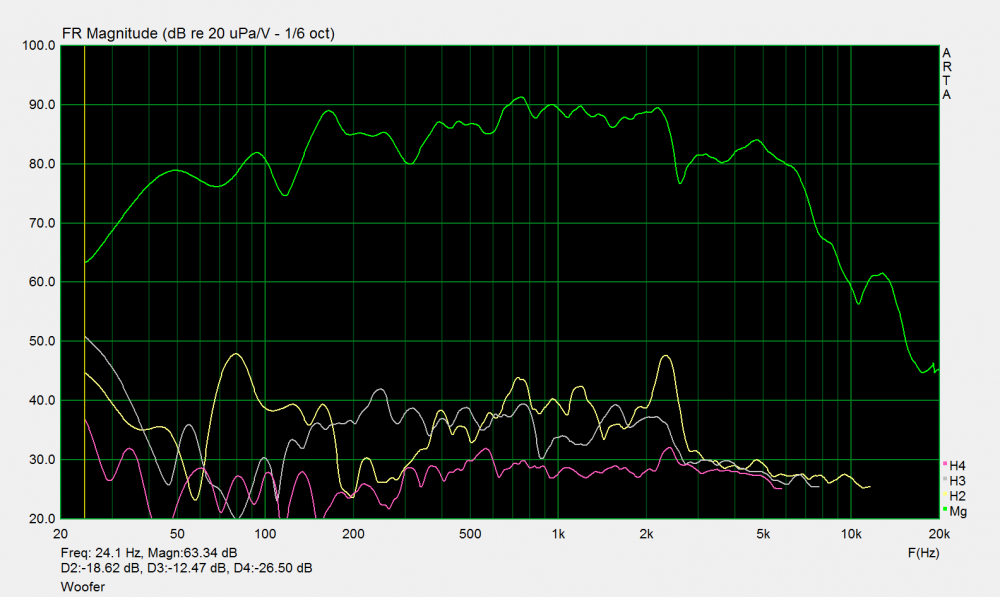 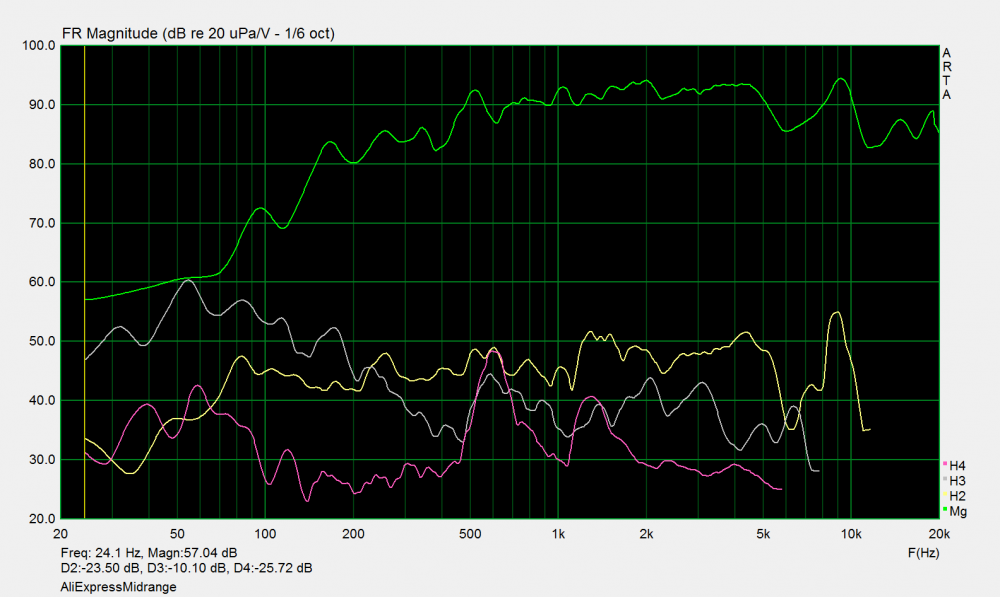 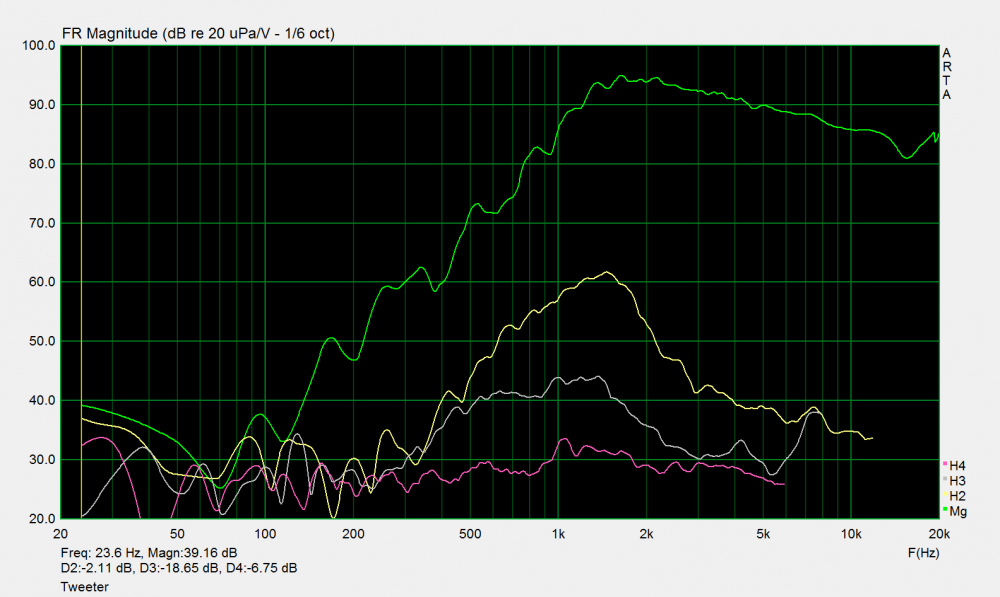 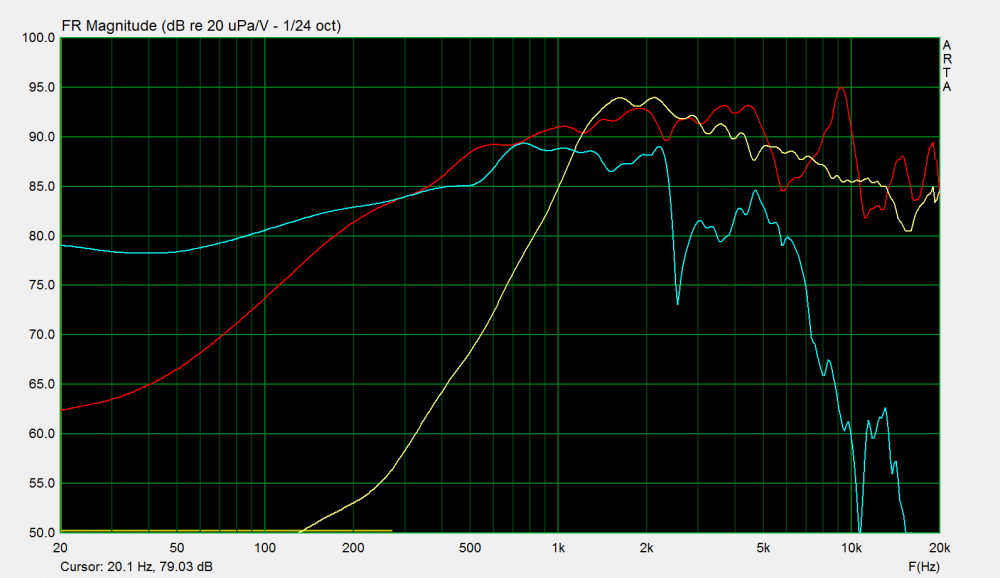 I have not taken off-axis on this, so there may still be a surprise or two lurking but I went ahead and did some modeling for shitzengiggles. This uses a lot of components on the midrange to get the top end to blend with the tweeter, but they are largely small value shunt components, so it is probably worth it: 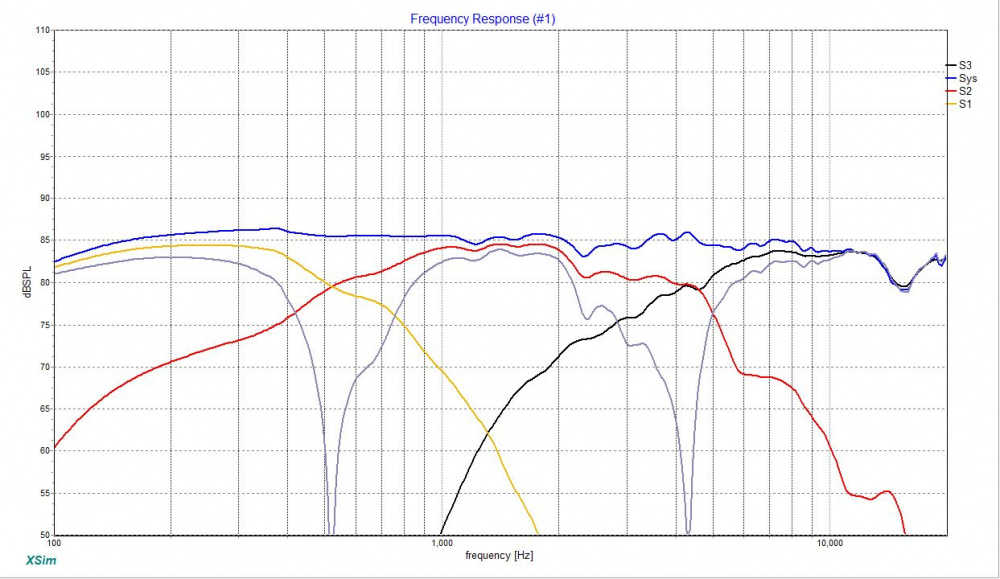 Anyways, while I'm waiting for a couple of 3D printed parts to arrive (no hurry, buddy!) I thought I would dust off this project and get it done. Likely replace the KRK monitors in our home bar in the future.