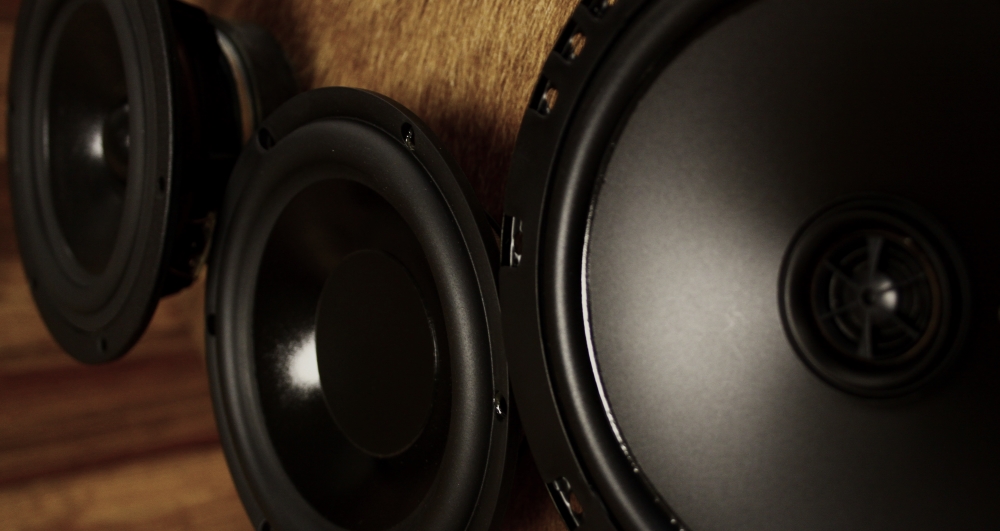 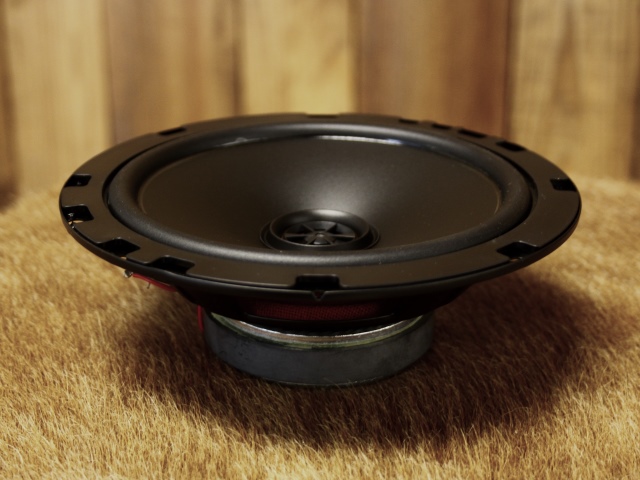 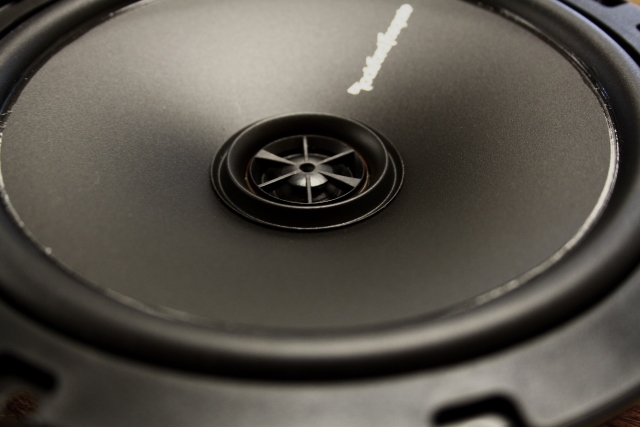 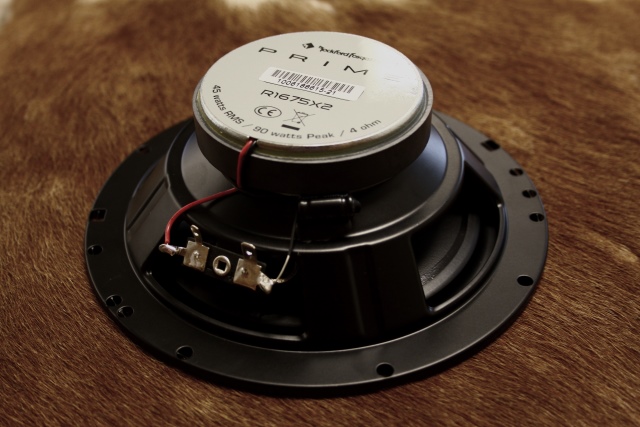 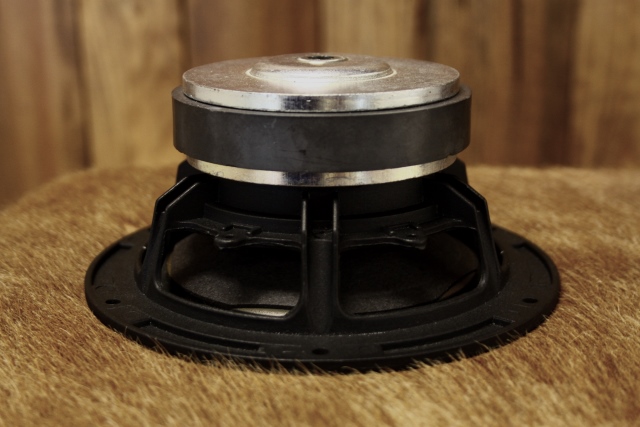 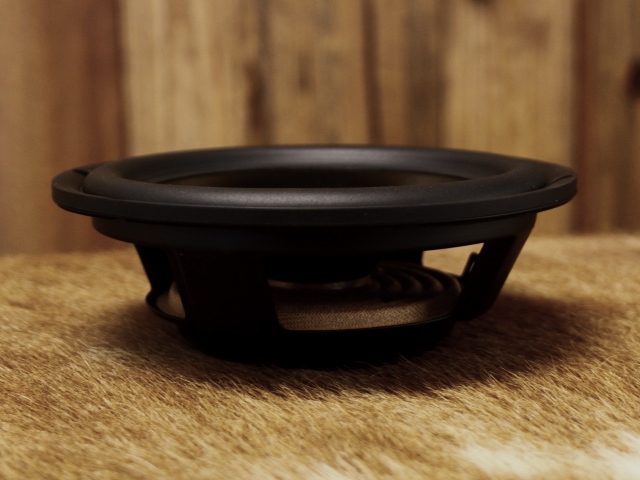 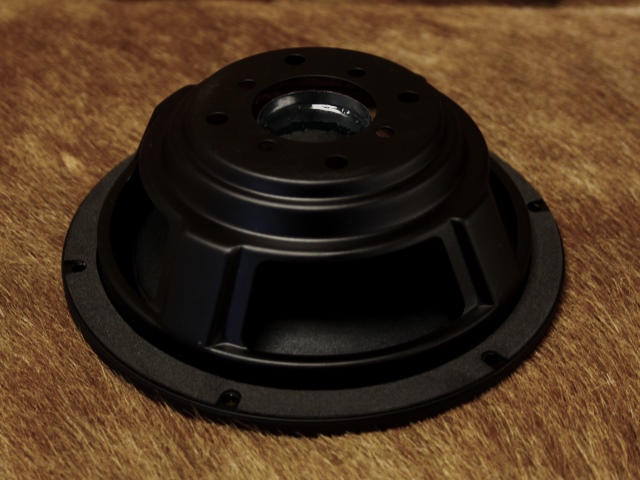 concept
so i've been helping out my parents build a house lately mainly because they're letting me live in it rent free while i'm in school. new room for grey means new battlestation since i'm a total computer gaming nerd. one thing i've never had is some really nice looking speakers on my desk and i need to remedy that.

i bought the vifa woofers from mr. scott quick a while back and needed to put them to purpose. i really love the aesthetic of coaxial drivers, having two in one really cleans up the baffle and allows for a more compact design, which is great because i over-engineer everything and like to try new concepts for each build.

a few months ago i stumbled upon this rockford fosgate driver while looking at car audio stuff. wow, they're only $40 on amazon prime and would you know it, i got a $25 gift card from the parents for xmas.

modeling the woofer hundreds of times and slowly working out a shape and various alignments. sealed is great quality bass, but i've done 3-4 builds now with sealed. ported is too "floppy" - if i may - and balancing the port volume and enclosure volume is tricky, not to mention i need a 2.5" port in a .5cf box which is silly huge, and in turn, ventures into peter north territory.

so i opened up parts express' website and looked for a passive radiator, size doesn't change, so it's more simple than a port. first one i picked, i get a similar response to sealed, but with more booty, and my anaconda don't, so that was the way to go. group delay, what's that? did a little research, and read about the 400 rule (frequency x delay in ms <= 400) and tweaked my box size a little to attain that quality. gotcha. unibox (sorry bagby, i just prefer unibox still) says the impulse response is nearly identical to the sealed, over-damped impulse response, which i used in my last build and i loved those speakers, didn't want to give them away, but they're being enjoyed by a real vinyl lover, my bff.

so the new things i'm trying out this build are: coaxial driver, passive radiator, constrained layer, (possibly) hardwood baffle, and distortion measurements. This will also be my second ever passive crossover.

finally the name, in case you were wondering is my favorite transformer, he's only got one eye (coax driver looks like an eye).

design
with this being a desktop speaker, they need to be compact, but not too compact because i have a pair of 27" monitors that i use.

after tweaking the design a bit i experimented with a piece of birch, silicone and tile, to see if it compresses and after a couple weeks, it's still sitting pretty at 29mm thick. 19mm for the wood, 3mm of silicone and 7mm thick ceramic tile. so i fired up boxycad and 1.1412" thick top, bottom, and sides. the front and rear baffles are different monsters, they'll be 1.5" thick on the backside, and a total of 2.25" on the front with a normal 3/4" baffle and recessed drivers and a "facade" 1.5" thick with some fancy (to me) router work.

the mid/tweet coaxial driver will have it's own compartment, which i sized to make the woofer compartment the correct volume. which leaves a small amount of room for the crossover between the woofer and passive radiator, or in the tiny compartment in the back of the box.

c.a.d.
i have been using eMachineShop forever now, so that's what i use to draw stuff up and do simple 3D like the baffle, etc. the massive 1.5" roundovers and 1.375" chamfers are only meant to be aesthetic, but will probably just introduce some wiggles into the frequency response due to their size, no doubt. here's what i've got so far: 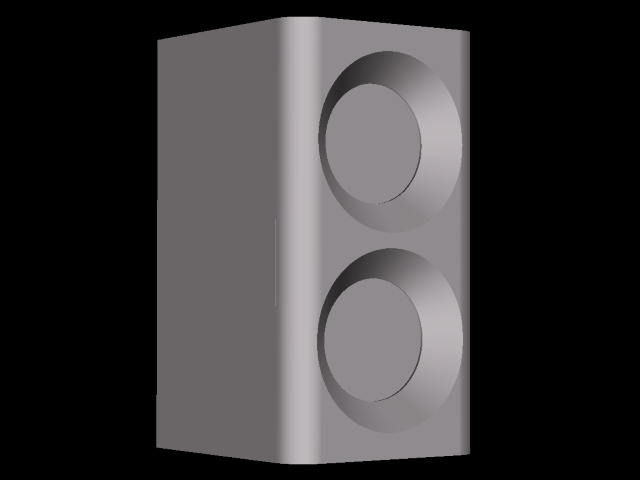 this is as far as i have gotten, and i'm hoping to be able to cut some wood tomorrow, stay tuned for updates!
deadhorse - leviathan - harbinger - shockwave (wip)
Tagged: