Some off you heard my little hybrid OB project that I took to Dakota last Spring.  They sported a vented ND105-4 for bass and a TC9FD run open baffle which covered everything else.  I was so impressed with the imaging, sound stage, and overall openness that I wanted to scale up and do another hybrid using much better drivers.  This time, however, it will be a 3 way as I felt that project was missing needed top end air.  I want to use only drivers I already have on hand.  I did some modeling with ABC Dipole and have my mid driver nailed down.  It will be the Tang Band W4-1320SIF bamboo cone driver.  I still don't know for sure what I'll use for the bass bin woofers or the tweeters.  I need to build the mid/tweet open baffle boards< and take a bunch of measurements of the mid to get my brain around the whole thing and figure out exactly how low and how high I want cross the mid.  I would really like to use my Beston RT002A dipole tweeters but I'm not sure that is possible yet.  I may end up using a regular dome tweeter that can play lower (because needed).

I was going to make some prototype baffles with cheap particle board but that takes the same amount of work as making them out of something nice enough to keep.  I was able to run to Home Depot yesterday and found a nice straight piece of poplar that had some interesting grain patterns.  So this morning I machined the the midrange openings.  I left enough room above it for any 4.10" round flange tweeter (i.e. RS28A or XT25) or the 4" square Bestons.

Here's what I have so far: 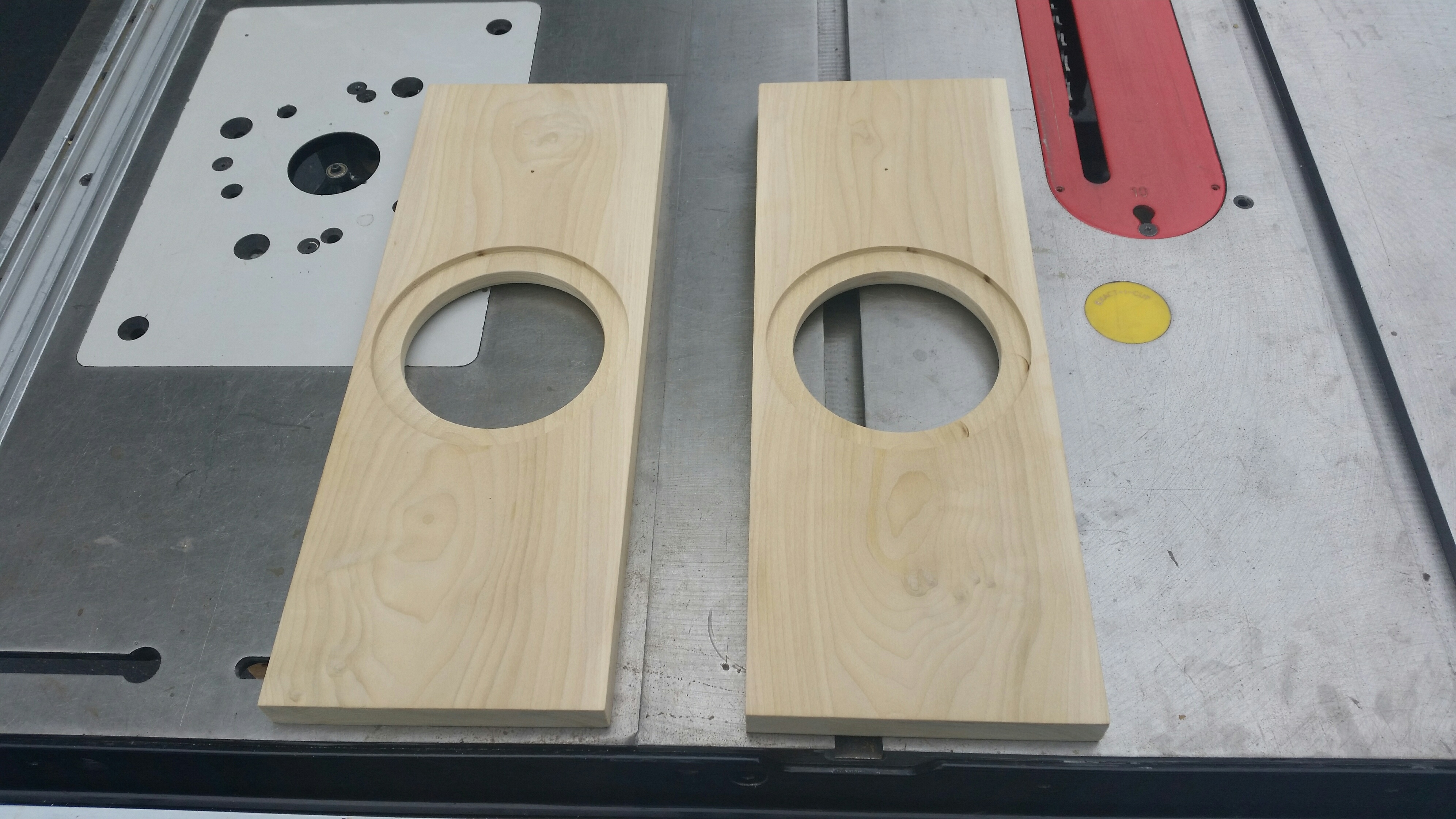