Way, way back when, one of my first design builds was a 14L TM with an RS150 and a Tangband 28-537 tweeter.
That build was posted on PETT here:
https://techtalk.parts-express.com/forum/speaker-project-gallery/48970-targas-rs150-and-tangband-28-537-tm

I ended up selling that to a good friend, who loved it, and we compared it many times to a much larger 3 way with an RS225 woofer.
So he gifted that pair to his son, and requested another one similar. So I noticed that I did not have a "killer" TM in that size, and that I had
a pair of SB15CAC30-8 mid-woofers on the shelf. I wanted to go a bit more upscale with the tweeter, so I bought 2 pairs of the SB Acoustics SB21RDCN-C000-4.
At minimum, I wanted to directly compare bass performance of the 2 woofers, and also suspect that the SB will be much clearer into the midrange than the RS150.
I saw someone's SB design on PETT, and wanted those cosmetics with a big ass flared port up front: 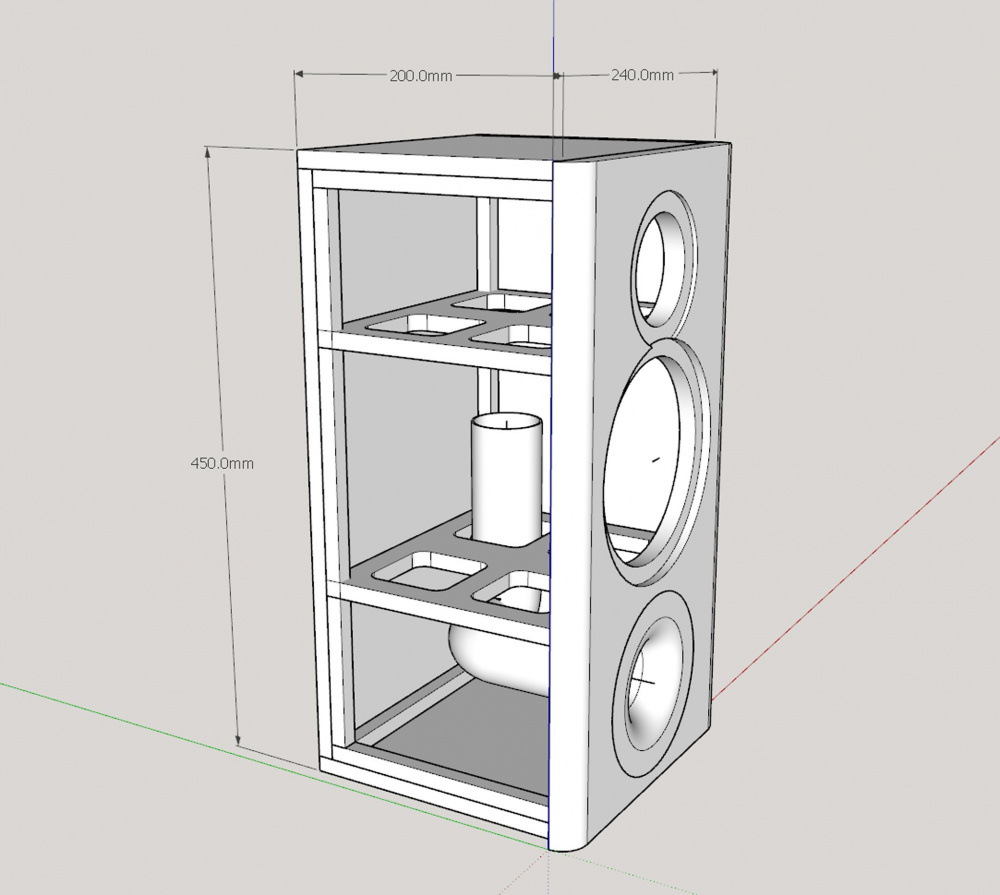 Somewhat surprising, the Unibox models for both woofers came out very,very similar: 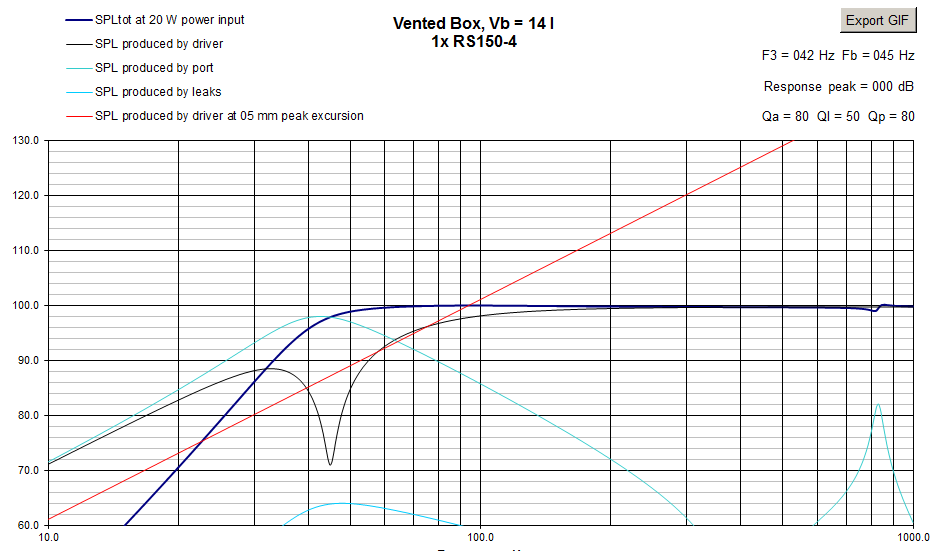 Port velocity is acceptable, considering it's modeled at more than the maximum the speaker will ever play:

Boxes are 12 MM Baltic Birch with 2 window pane braces.
I decided to make his pair quarter cut cherry veneer with a 3/4" solid cherry baffle:
Finish is Tried and True Danish Oil, but I'll put some gloss poly on top after a while 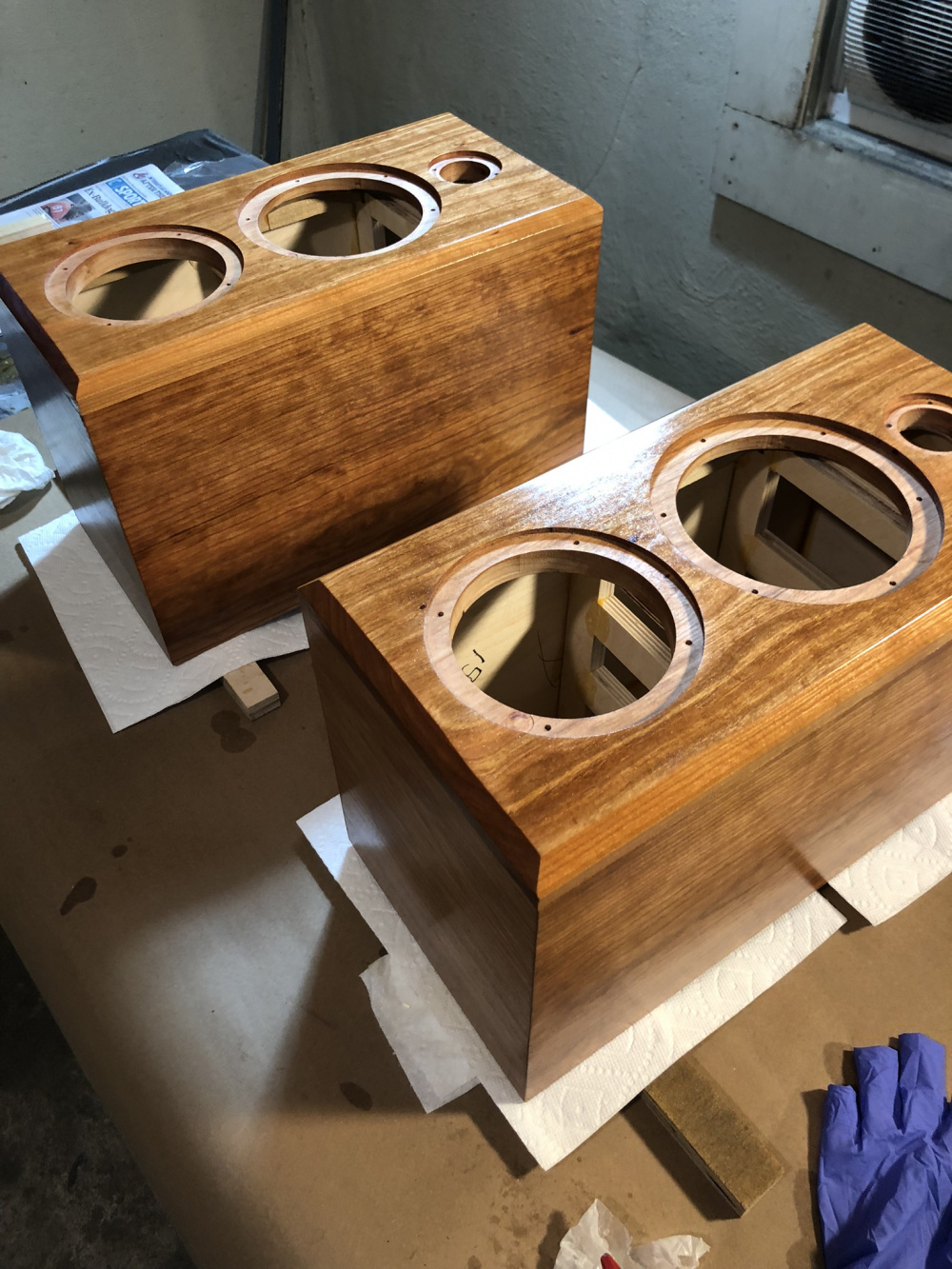 My pair will be more upscale - Sapele 4/4 baffle, and Movingui veneered box.
Oil on the Sapele, and lacquer on the Mivingui to keep it as white as possible.: 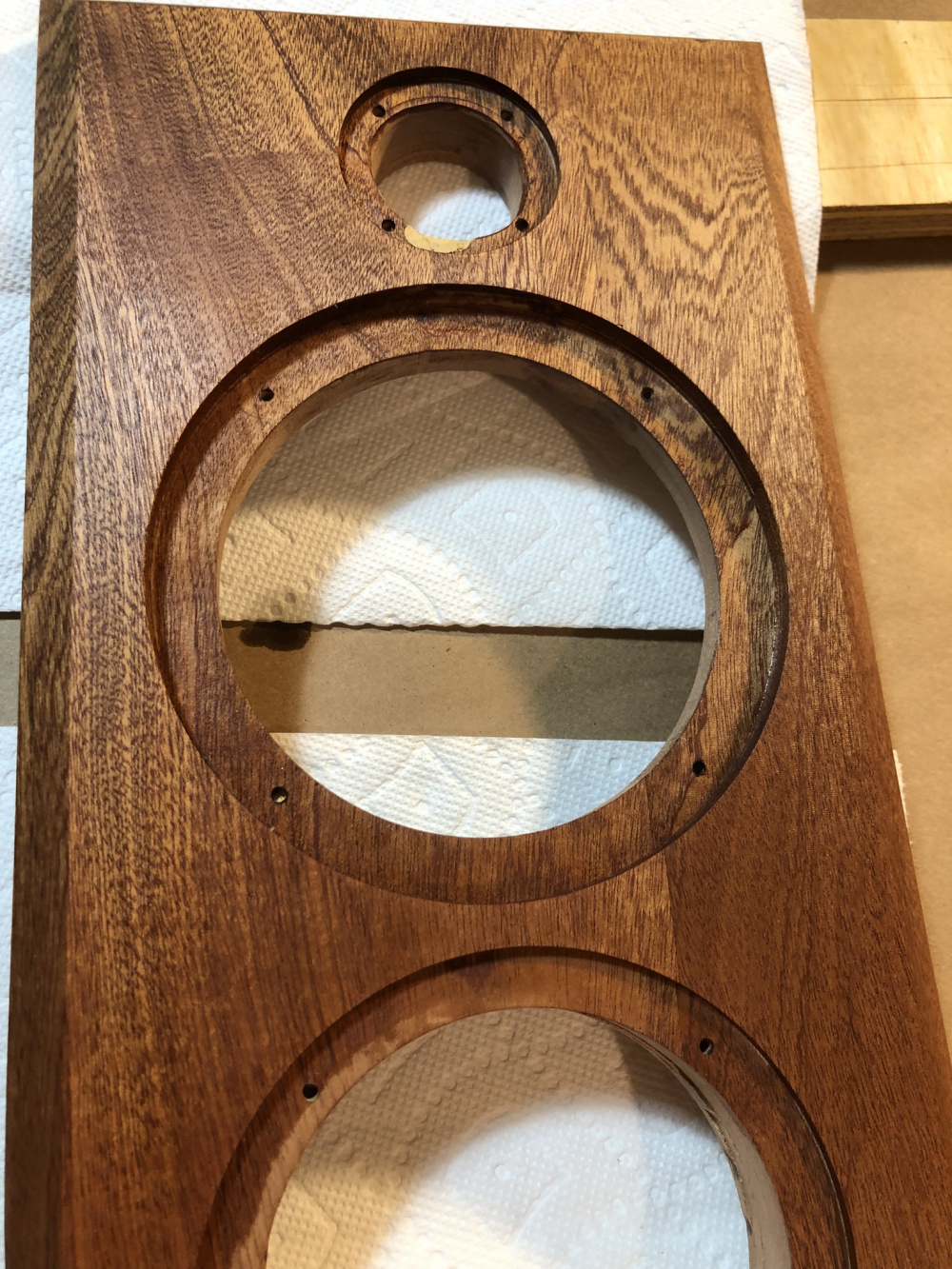 Don, Donno, or "Hey you" all work for me, But never "Mr Johnson"
Tagged: